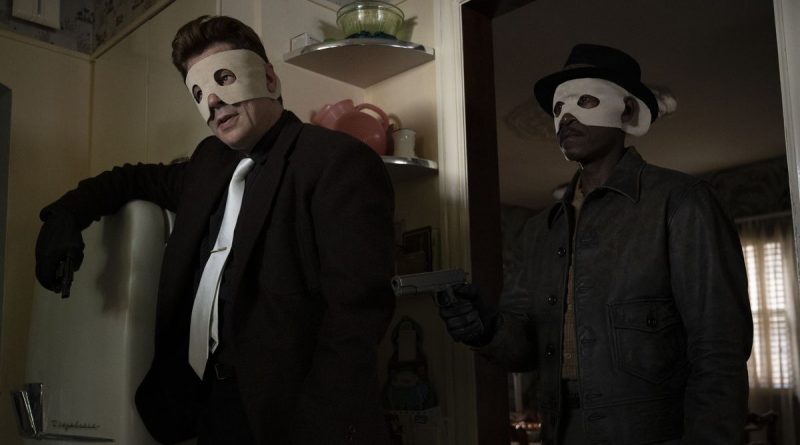 Sometimes filmmakers go through a rough patch. Steven Soderbergh struck out with the Academy Awards, feeling so secure in his assumption that Chadwick Boseman would win that he broke tradition by closing the show with the Best Actor Award, only to discover Anthony Hopkins won; Hopkins was in Wales and no film crew was on stand-by there.

Now, Soderbergh’s created a stupefying ‘noir’ trip back to 1954 in Detroit, where ex-con Curt Goynes (Don Cheadle) is eager to pocket $5,000 to re-claim land that was taken from him.

When he visits his buddy Jimmy’s (Craig muMs Grant) barber shop, he’s sent to the back alley where Doug Jones (Brendan Fraser) hires him to hold the Wertz family hostage while husband/father, Matt (David Harbour), an accountant at General Motors, is forced to steal engineering specs from a safe that belongs to his boss, Mel Forbert (Hugh Maguire).

Matt’s having an affair with Forbert’s secretary, Paula Cole (Frankie Shaw), so getting the combination to the safe from her shouldn’t be much of a problem. But it is, particularly when Matt’s wife, Mary (Amy Seimetz) finds out.

For this job, Curt must team up with Ronald Russo (Benicio Del Toro) and Charlie Barnes (Kieran Culkin). But when it becomes a full-scale fiasco, Curt joins Ronald in a scheme to dupe Frank Capelli (Ray Liotta), whose wife (Julia Fox) is having an affair with Ronald.

As usual, Soderbergh not only directs but serves as cinematographer, using the pseudonym Peter Andrews, and editor, under the name Mary Ann Bernard.

On the Granger Gauge of 1 to 10, No Sudden Move is a double-crossing 4 – a tedious crime thriller, available on HBO Max.