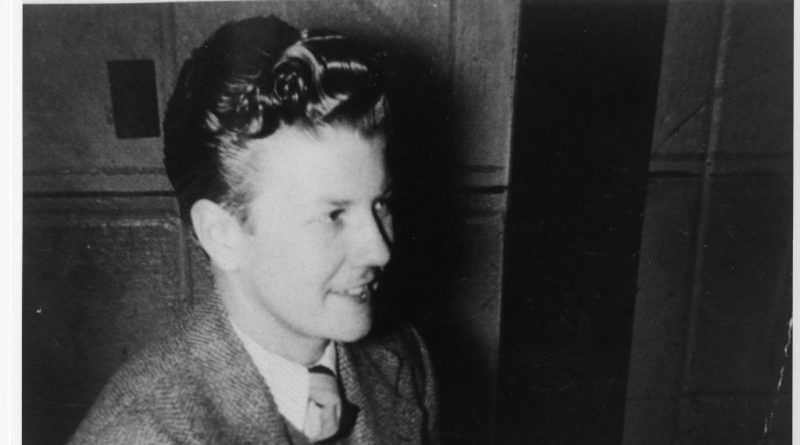 New release No Ordinary Man is no ordinary documentary. In it, directors Aisling Chin-Yee and Chase Joynt go about repairing some of the damage caused by media misrepresentation, as they reframe the life and legacy of American jazz musician Billy Tipton. In telling the story of trans cultural icon Tipton, who was assigned female at birth but lived his life as the man he was, and on his own terms, viewers will find their approach both appreciative and respectfully inquisitive in their framing device. The bulk of the film is spent interviewing leading trans activists, actors, and academics about what is known of Tipton’s experience, how the post-death discovery of his birth-assigned gender was twisted and sensationalized by a cis-centered media, and his lasting impact on the trans community.

Billy Tipton may have been assigned female at birth, but he lived most of his life with a male gender identity. Born in 1912, he began dressing as a man around 1933 and playing in all-male jazz bands, adopting the name Billy Lee Tipton. Within a few years, he had committed to living as a man in both his public and private life. He went to great lengths to keep his secret, at great risk, and sometimes to the detriment of his career. When he was offered a big break playing with Liberace, he declined, possibly out of fear for the wrong kind of scrutiny.

He was married 5 times, raising 3 adoptive sons, and none of them knew he was trans. Upon his death in 1989, his birth-assigned gender was discovered by his son, Billy Tipton Jr. A story leak about the famed musician led almost immediately to an insensitive, exploitative media circus in which Tipton was portrayed as an ambitious woman who ‘pretended’ in order to find success as a musician. False narratives of Tipton’s life were the norm, including tabloid stories and dozens of talk shows in which they accused him of deceit. The film uses a clip of one talk show in which his wife Kitty and son Billy Tipton Jr are mocked and insulted for defending him, and continuing to use he/him pronouns when referring to their husband and father. A sensationalized biography Suits Me: The Double Life of Billy Tipton written by Diane Middlebrook, in which she consistently misgenders Tipton, positions his lifelong challenge as ‘a detective story’, and uses quotes without solid sources to back up her biological determinist viewpoint.

It is because of the negative aspects of what professor and interviewee C. Riley Snorton calls ‘the politics of exposure’ that the filmmakers behind No Ordinary Man decided to paint a more accurate, multi-dimensional portrait of Billy Tipton.

This is not a pedantic, traditional, talking-heads kind of documentary. There are well-chosen and diverse artistic representatives offering a wide spectrum of the binary and non binary points of view, and they do so with candor and introspection. The result is sometimes heartbreaking, but also revelatory, life-affirming, and inspiring.

Although the audience will learn a lot about Billy Tipton’s life, what’s really happening here is we are introduced to some of the most brilliant minds illuminating and expanding understanding of the trans experience today. Susan Stryker was most recently visiting professor of Women’s Gender, and Sexuality Studies at Yale University. Zachary Drucker is a trans female artist who investigates gender and sexuality through her exhibits in museums and film fests around the world. Kate Bornstein, who identifies as nonbinary, is an educator whose work around the gender system is taught around the world. They explain why Tipton is so important, not only to LGBTQIA history, but also to American history and media studies.

Speaking to the transmasculine experience are interviewees like legal scholar Jameson Green, musicologist Stephan Pennington, author Thomas Page McBee, and professor and cultural theorist C. Riley Snorton. Also a number of actors, filmed auditioning for the role of Tipton in re-enactments, give their insights about what it might have been like to be in Billy’s shoes navigating the world as a trans man in the 50s, 60s, and 70s, and reflect on their own challenges. Scott Turner Schofield, an award-winning actor, writer, and producer who made history as the first openly transgender actor in daytime television, shows his acting chops in his line reads, but also speaks to Tipton’s importance to his generation. Activist, renowned actor, and leader in Ballroom as part of the House of Balenciaga, Marquise Vacón allows himself to be vulnerable onscreen, as he dialogues with the filmmakers about Tipton and what it means to live authentically, regardless of the era. There are a number of other trans actors filmed that add their insights as well.

The filmmakers include themselves in the dialogue by being seen on camera to varying degrees. Amos Mac, an out trans writer who has worked on Gossip Girl and Transparent, is actually one of the interviewees, in addition to being co-writer of the documentary. Co-director Joynt explains their inclusion onscreen this way, “We’re invested in revealing the process behind a story for very strategic reasons. Part of the broader questions of our project is about who controlled Tipton’s story in the past? We need to be accountable to ourselves and the people on screen. There’s also an additional layer that reveals itself in our project, which is that there are trans people behind the camera and trans people in front of the camera telling a story about someone who’s no longer here.”

The most compelling parts of the film are the interviews with Billy Tipton Jr in the current day. There is vintage footage of him from a talk show in which he is clearly grieving and honoring the memory of his father not long after his death, while the studio audience berate him. Revisiting Tipton Jr now, he looks back with love and respect for his dad, as he is questioned by the interviewer, who himself is trans. We witness him experience a safety and comfort, and take in the genuine appreciation from members of the trans community, and it is truly moving to watch.