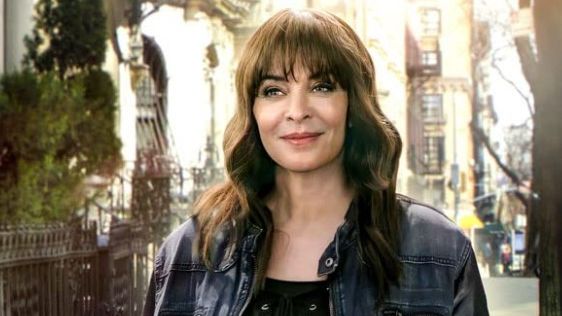 It’s been a long time since we’ve seen Anabella Sciorra in a leading role worthy of her talent and if the unassuming new drama Before I Go is what brings her back into the forefront on film, it was worth the wait.

Written and directed by Eric Schaeffer, Before I Go is a character study of a woman in a mid-life crisis. New Yorker Samantha (Sciorra) once enjoyed a successful music career, but now finds herself alone and adrift in a world that has ceased to be recognizable. Between new slang and technology (hello, online dating), Samantha has had enough of her struggle in her self-imposed margins of society. Deciding life isn’t going to get any better, she considers ending it all on her own terms. But before she goes, she decides to make one last attempt at finding happiness through a look back at her past and the connections she has to others. Widening her worldview as she prepares for the end, Samantha’s interactions with those around her begin to show her that just maybe, there’s more to life than she expected.

Brash and sarcastic, Samantha may not be instantly likeable but she is recognizable on her journey of self-discovery. Feeling isolated and alone in society, Samantha has lived her life like an outsider, more likely to offer a harsh remark than a kind word. Navigating her loneliness and isolation amid a sea of connections waiting to be had, Sciorra plays Samantha with grace and ease.

So rarely do we get a glimpse of a middle-aged female character as multifaceted as Samantha, it’s refreshing to see her brought to life by Sciorra. It would be so easy to write her as a caricature, a loud-mouth New Yorker out of touch with society and trends, and a lesser actor may have played her as such. Traversing Samantha’s temperament – from pouring her heart out to a priest or getting into a street fight with an SUV driver – Sciorra manages to make the character empathetic every step of the way. Despite some more darkly comedic outbursts, it is not a showy role with Sciorra knowing how to convey Samantha’s worldview perfectly, especially her interactions with her father, played by Robert Klein.

Though this is Sciorra’s movie in every way, Klein is part of a small but excellent supporting cast which also includes Sex and the City alum Willie Garson as a café patron-turned-heckler in one of the film’s lighter moments, and a mother and daughter duo played by Andrea Navedo and Ava Justin.

Avoiding clichés at every turn, Before I Go is a quiet exploration of depression and belonging that will have audiences rooting for Samantha every step of the way.