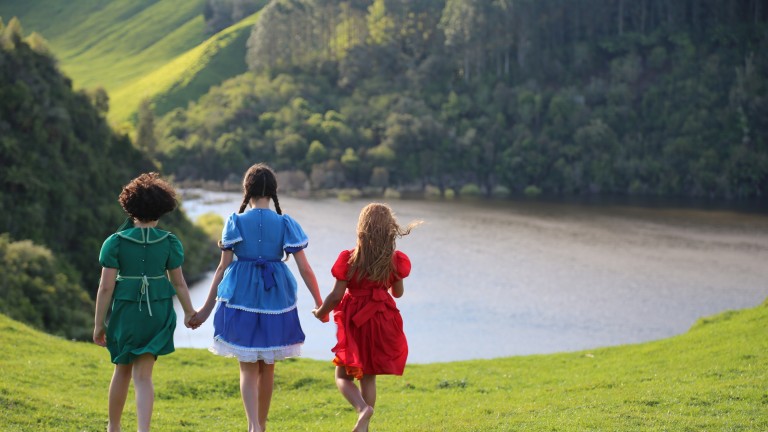 The criminal mistreatment of indigenous populations is not limited to North America.

Cousins is a superb New Zealand drama about three Maori women and their paths in life, from childhood to late middle age. The film is based on the best-selling novel by Maori writer Patricia Smith; it’s on Netflix July 22.

Mata, Missy and Makareta are girl cousins, close in age. One of them gets completely cut off from Maori culture, one is immersed in it and one moves between Maori and white settler cultures.

Mata is a child discarded by her pakeha father and left at an orphanage, where her name is anglicized to May Parker; Missy is a hardworking, tough little girl who grows up in a large family and creates a new future for herself, and Makareta, a child of privilege, is raised to be a leader.

The children bond forever over a few weeks one summer when Mata is allowed to leave the orphanage to be with family. The lost child is found again, but sadly, the reunion is brief.

Directed by Ainsley Gardiner and Briar Grace Smith (who is author Patricia Smith’s former daughter in law), Cousins covers a big swath of New Zealand’s history from just after WWII until present day.

As the directors have stated, the film’s central theme is separation and reconnection and the story is bound to the belief that shared ‘whakapapa’ — genealogical links — can never be severed, regardless of how far apart people are or how long they are separated.

Mata’s story is the centre of the narrative.

We meet Mata (played by Te Raukura Gray, Ana Scotney and Tanea Heke) as a bewildered little girl at a home for “dissolute children”, where she is handed a bible and told her mother is dead. Mata is cut off from family and culture, but one day a Maori worker at the orphanage recognizes her, and before long she’s permitted to spend a few weeks with her grandparents.

Thus begins the idyllic stretch of a few weeks during which she gets to know her cousins Missy and Makareta and her extended family. Mata cannot speak the Maori language and so in some ways she is bewildered all over again, caught between cultures and belonging to neither, but she loves her family.

She returns to the orphanage with promises that they will come and get her, but there are laws preventing that. Mata stays at the orphanage until she is a young woman, and then she lives with a controlling guardian.

Mata is a shy, reserved adult. Her life is stunted in some fundamental way and there are intimations of abuse in her past at the orphanage.

Both Makareta and Missy search for their lost cousin — no one knows where Mata lives or what her adult life consists of.

It consists of heartbreak.

Makareta (Mihi Te Rauhi Daniels, Tioreore Ngatai-Melbourne and Briar Grace Smith) has been sent to the best schools and is being groomed for marriage, a union that will protect family lands, but she decides to make an independent life for herself instead. She becomes a lawyer and a spokesperson for Maori self-determination.

Missy (Keyahne Patrick-Williams, Hariata Moriarty and Rachel House) has embraced marriage and children and is a guardian of indigenous land rights.

Cousins moves back and forth in time and begins with an aging Mata wandering aimlessly through city streets, so it’s giving nothing away to say that she eventually becomes homeless. Her cousins never stop searching for her.

Though it encompasses complex family relationships over many decades, Cousins never feels rushed or plot-heavy or ‘beholden’ to its source material. Three women connected by blood is rich material and yields a many-layered, emotional family story; nine actresses portraying three women over 50 years is a daunting undertaking, but brilliant casting and inspired storytelling have made it work.

No coincidence that this deeply affecting film is of, for and by women, of course.