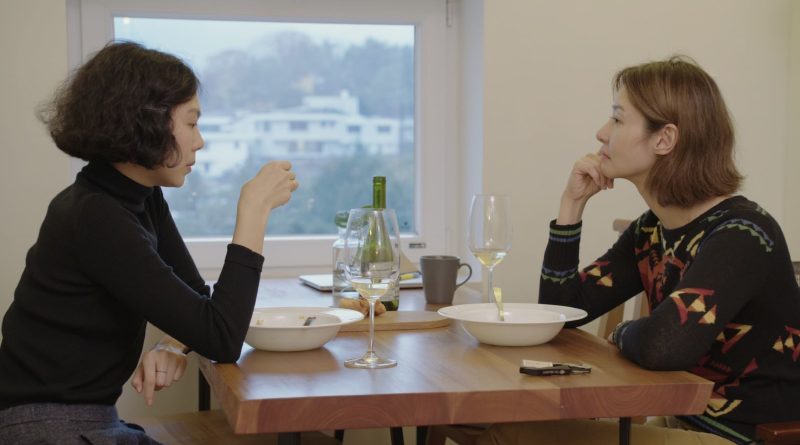 In his relaxed style, South Korean writer/director Hong Sang-soo observes individuals, casually but meaningfully, as they reveal themselves in informal, quiet moments. He again demonstrates insightful perception in his 2020 film, The Woman Who Ran. The setup is elegant and simple. Gam-hee takes advantage of her husband’s business trip to visit three friends in a small town outside Seoul.

Married for five years, a wistful Gam-hee admits that she and her husband have never been apart for a single day because he feels people in love should stick together. However, during these conversations, she’ll reveal a great deal about her rather lost emotional state as well as her friends’ perspectives, though they nonchalantly eat and discuss everything from chickens and clothes, to consume meat or not, to the lovely view of Mount Inwang and the substantial discount on friend Su-young’s apartment. More significant topics involve ways each makes a living: a boring flower shop with hardly any customers, teaching Pilates, producing dance performances, running a cinema. There’s also talk about a nice local bar that leads to a stalker after a one-night stand.

Interruptions occur three times through unlikable men: a neighbor objecting to feeding the ‘robber cats,’ as he calls them. Su-young pushes back saying they must eat, thinking of them as children, as a well-fed cat looks on. The stalker appears and is rebuffed as a repeatedly voyeuristic Gam-hee watches on a security camera, and after Gam-hee apologies to Woojin for some indeterminate earlier offense, she then runs into her ex, a loquacious, unappealing poet. The point of the opaquely presented exchanges is how much is revealed in nonchalant moments, as with all of us.

Stylistically, Hong prefers to keep his camera stationary, shooting in medium long shot to capture uninterrupted dialogue, until late in conversations when he zooms in for what seems no more eventful a revelation than any other comments. Little do we realize how much exposure we have in small flashes. For The Woman Who Ran director Hang Sang-soo won best director at the Berlin Film Festival. In Korean with English subtitles,