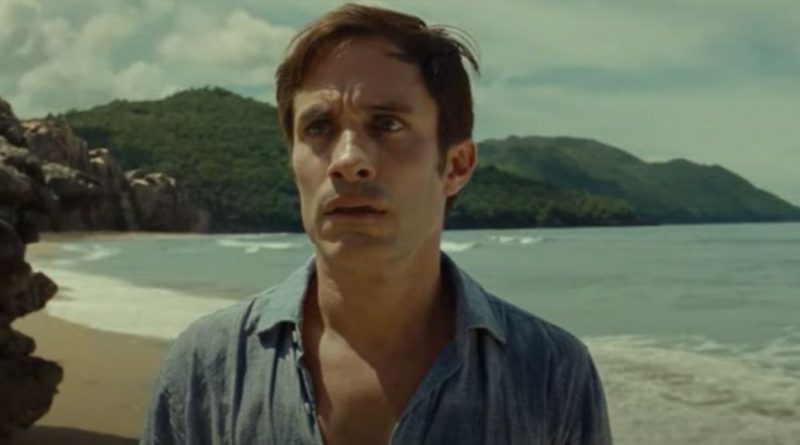 After The Sixth Sense and Signs, M. Night Shyamalan built a reputation on campy, convoluted, even corny sci-fi thrillers with a catchy, surprise twist.

As they sip exotic drinks from a smiling server (Francesca Eastwood, Clint’s daughter), the resort manager (Gustaf Hammarsten) suggests that they take a day trip to an undeveloped nature preserve with remote “secret” cove that’s surrounded by exotic rocks

Before long, they discover Mid-Sized Sedan (Aaron Pierre), a famous rapper whose nose is bleeding, and a decomposing corpse. Soon, the three children morph into confused teenagers. Then the adults start aging rapidly too. Panic sets in.

M. Night Shyamalan adapted the 2010 graphic novel Sandcastle by Pierre Oscar Levy and Fredrik Peeters. Filming in the idyllic Dominican Republic, his inventive camera-work is fascinating, as he cleverly changes the casting, substituting Thomasin McKenzie as older Maddox and Alex Wolff as older Trent. If you look closely, you’ll spot Shyamalan as the van driver.

Shyamalan found the subject matter mirrored how people felt while trapped in isolation by Covid-19, noting, “Our film had nothing to do with the pandemic, but at the same time, it was absolutely about this fear of infection and uncertainty we were all feeling. It made us think about death, about survival, and about being in lockdown. The idea of being stuck in a situation and unable to leave.”

FYI: The Jack Nicholson/Marlon Brando movie that Charles keeps trying to recall is The Missouri Breaks (1975) – and it has nothing to do with the plot.

On the Granger Gauge of 1 to 10, Old is a supernatural 6. Not just another day at the beach.