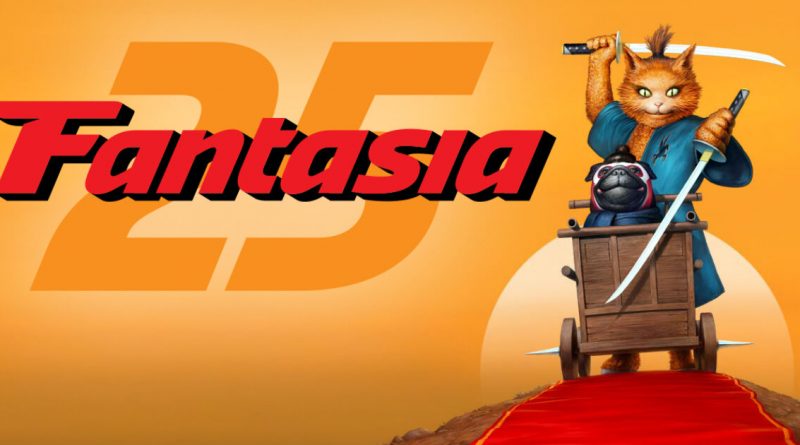 Mixing on demand and in-person screenings for the 25th edition of the Fantasia International Film Festival, the hybrid format of the festival that runs from the 5th to the 25th of August 2021 offers a smorgasbord of genre film treats, particularly for those of us with an interest in women-made and women-centred cinema. The largest genre festival in North America has been called “the most important and prestigious genre film festival on this continent” by Quentin Tarantino, while Guillermo del Toro has called it “a shrine”. While the women’s names associated with the festival this year may by and large not be as big as these cult film rock stars, don’t let that fool you – women are out here in full force, both in front and behind the camera.

While much excitement will no doubt surround James Gunn’s much-hyped Margot Robbie and Viola Davis fronted The Suicide Squad which opens the festival, other in-person screenings are just as exciting with their focus on complex, sophisticated women characters. Making its international premier, Spanish filmmaker Igor Legarreta’s English-language film All the Moons stars Haizea Carneros as a young girl who is saved by a woman she believes to be an actual angel when her orphanage is bombed in late 19th century Spain, the latter played by Itziar Ituño. A refreshing twist on the vampire trope, Carneros establishes herself as a strong emerging performer in a tale whose tagline reminds us that “not all fairy tales are for children”.

US filmmaker David Bruckner’s The Night House is yet another woman-centred in-person screening highlight at Fantasia this year, with the unparalleled Rebecca Hall once again reminding us of her strong affinity for genre cinema as she plays a traumatized widow in an isolated lakeside home for whom an increasing number of supernatural events lead her to digging into the mystery of both her past and present.

Possibly the greatest highlight of the entire festival, however, is of course the legendary Mickey Reese’s nunsploitation film Agnes, the so-called “Soderbergh of the Sticks” giving Paul Verhoeven a run for his money with what promises to be the thinking person’s Bernadetta. Screening on demand, Agnes is joined by a number of other woman-centred, male directed highlights including two retrospective screenings by Japanese auteur Shunji Iwai, April Story (1998) and All About Lily Chou-Chou (2001). And while it focuses on a male central character, Jacob Gentry’s Broadcast Signal Intrusion – already this year’s winner of my “Classic Cult Film Waiting to Happen” award – presents a wholly original take on toxic masculinity, obsession, and the ways these impact women who are far too often abstracted or deliberately kept from view.

When it comes to women filmmakers, however, their work flourishes in the festival’s Cheval Noir juried competition programme which features movies from around the world. At the forefront of essential films here is the world premiere of Ruth Platt’s Martyr’s Lane, which promises to be as intriguing as her 2015 feature The Lesson. This is joined by two films co-directed by women, again making their world premieres at Fantasia this year; Mauro Sarser and Marcela Matta’s Spanish language film from Uruguay, Ghosting Gloria, and the return of The Adams Family – the parent/daughter filmmaking collective of John Adams, Zelda Adams and Toby Poser – with Hellbender, the much anticipated follow up to their extraordinary breakout 2019 feature, The Deeper You Dig.

The festival’s general selection is likewise global in focus and features a number of world premieres directed by women, including Kelsey Egan’s Glasshouse from South Africa and from Russia, Anna Zaytseva’s Blue_Whale. Other highlights include Japanese filmmakers Natsuki Seta’s Georama Boy, Panorama Girl, and Akiko Ohku’s Hold Me Back. One of the major highlights of course is the anthology Septet: The Story of Hong Kong which includes iconic Hong Kong New Wave filmmaker Ann Hui alongside filmmakers of the calibre of Sammo Hung and Johnnie To in a project that explores Hong Kong during a time of enormous social, cultural and political upheaval. Spearheading the documentary programme is the home country debut of Canadian filmmaker, author, curator and all-round superstar Kier-La Janisse’s magnum opus Woodlands Dark and Days Bewitched: A History of Folk Horror. With interview subjects and movies from all around the world (including Australia, for which – in the spirit of transparency – this report writer is interviewed in the film about), Janisse paints a global map of the longevity, meaning and value of this enduring subgenre. Demonstrating the diversity of women’s work in documentary, the world premiere of Hayley Garrigus’s You Can’t Kill Meme examines the wild, weird world of contemporary belief systems, while Danielle Kummer and Lucy Harvey’s Alien on Stage documents a small-scale stage production of Ridley Scott’s legendary film Alien by a community theatre in Dorset in the United Kingdom. In striking contrast, Paul Sng and Celeste Bell’s portrait of the X-Ray Spex frontwoman in Poly Styrene: I Am a Cliche presents a complex portrait of a remarkable woman, largely through the eyes of her daughter who must find a way to reconcile the new wave icon the public new and loved and the woman she knew as her mother.

Women’s filmmaking excels in Fantasia’s always superbly curated shorts programme, with the 8 films in the Born of Woman stream showcasing the diversity and talent of women’s filmmaking in shorter movies. These include Deanne Milligan’s Lucid, Annalise Lockhart’s Inheritance, Thirza Cuthand’s She Whistles, Nancy Menagh’s Victim No. 6, Lucia Forner’s Dana, Alyssa Loh’s Other Bodies, Carolina Sandvik’s The Expected, and Emanuela Ponzano’s A New Perspective. But stepping back from this stream in particular, there is no lack of women-directed shorts elsewhere at this year’s festival, far too many to list here but again demonstrating a focus not just on diversity in terms of content but also geography. A crudely limited handful include Anna Yamamoto’s Medama – Eyeball, Georgina Jenkins’s The Girl on the Moon, Caroline Mailloux’s L’age des vanités, and Patricia Rioux’s Sang trouble.

From feature animations to short experimental films, Fantasia’s approach to genre has always been consciously elastic, and the festival’s curation is all the better – and more inclusive – for it. Other women-directed highlights include Renata Pinheiro’s King Car, Jane Schoenbrun’s We’re All Going to the World’s Fair, and Nadia Giosia’s delightfully titled documentary We Are the Menstruators about women, identity and the feminist spirit of punk. Of course, authorship and gender politics can and should never be boiled down to a simplistic boys vs. girl scenario, and in this spirit Jesse Dvorak’s feature Baby, Don’t Cry is a perfect film to wrap up this report; directed by a man but written, starring and produced by a woman – Zita Bai – the story of a young Chinese immigrant in Seattle who teams up with an equally disillusioned young person in an attempt to find a better life reflects Bai’s own status as an Asian American Chinese immigrant, the film providing her a space to share her creative visions with audiences for whom her story may not be as familiar. Like so many of the women-directed, women-authored and women-fronted films at Fantasia this year – expect the unexpected.