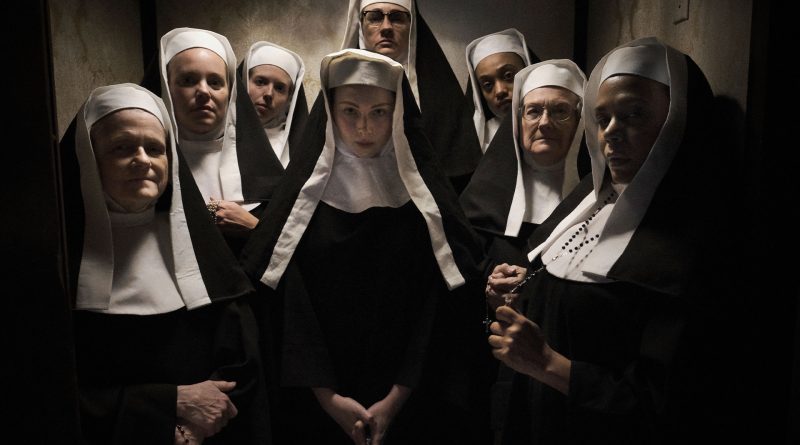 Over the past decade or so, Oklahoma filmmaker Mickey Reece has developed a distinctively off-kilter aesthetic, a talented stable of loyal collaborators and a cult following of cinema-loving fans.

Even better, the Oklahoma City-based auteur has developed the uncanny ability to keep us guessing every time he releases a film. In an era when formulaic filmmaking is all too common, you never know quite what twists to expect from a Mickey Reece movie — and bless him for it.

The Newcastle native delivers plenty of interesting twists — along with a surprisingly sensitive character study of a young woman dealing with trauma and a memorable scene of sandwich philosophizing — in his new movie, Agnes.

A convent creep show that upends many of the tired tropes of the demon possession and exorcism horror films, Agnes made its online world premiere in June as part of New York’s 20th anniversary Tribeca Film Festival, followed by a special hometown screening at OKC’s 21st Annual deadCenter Film Festival earlier this summer.

Agnes will have its international premiere at the 25th Fantasia Fest, a favorite Canadian genre festival that will take place virtually Aug. 5-25.

Filmed in central Oklahoma in early 2020 — before the COVID-19 pandemic — Agnes is considered by Reece the spiritual sequel to his previous horror movies Strike, Dear Mistress, and Cure His Heart and Climate of the Hunter. All three have a similar, singularly Mickey Reece vibe with the weirdly vivid dialogue, discordant music and intriguingly gothic visuals.

Written by Oklahomans John Selvidge and Reece, the suspenseful story is set in a remote convent where a small group of nuns live a quietly regimented life until a young sister named Agnes (Hayley McFarland) suddenly flies into a disturbing, foul-mouthed fit at dinner.

Her bizarre behavior sparks rumors of demonic possession and are especially troubling to her friend, confidante and fellow young nun, Mary (Molly C. Quinn). To the alarm of the unbending Mother Superior (Mary Buss), the diocese dispatches Benjamin, a well-meaning priest-in-training (Jake Horowitz), and his disgraced and jaded mentor, Frank (Ben Hall), to investigate and intervene, with scary and shocking results.

Just when it seems that Reece is going to take the spooky but well-worn path of most possession movies, Agnes takes a sharp left to become an intimate portrait of a young woman struggling to cope with relentless grief, trauma and loneliness.

It also represents another strangely thought-provoking film in the Reece’s ever burgeoning and increasingly acclaimed list of homegrown movies.