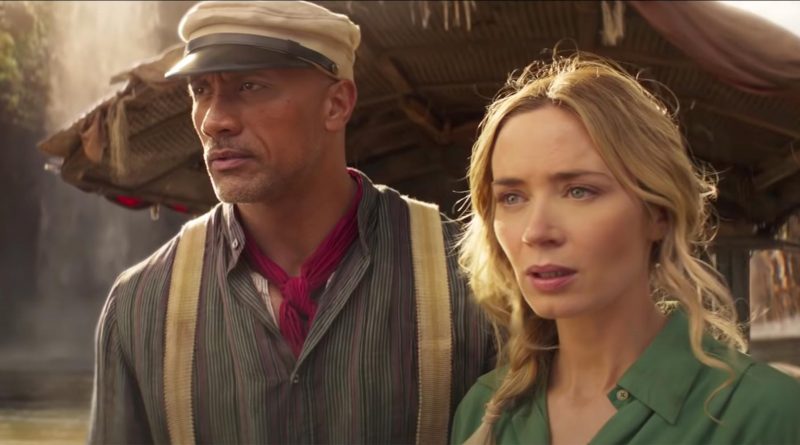 Encouraged by the success of the Pirates of the Caribbean franchise, Disney launches this new fantasy/adventure, based on the popular theme park attraction.

It begins in 1916 London, where intrepid botanist/explorer Lily Houghton (Emily Blunt) sneaks into a snobbish science society to steal an arrowhead thought to be the key to finding the Tears of the Moon, a sacred tree hidden in the Amazon jungle whose petals have miraculous healing powers.

She calls him “Skippy” and he calls her “Pants,” cueing the effervescent romantic comedy aspect. Like Indiana Jones, she’s the swashbuckler; he’s often the comic relief. Their charismatic, odd-couple chemistry is somewhat reminiscent of Michael Douglas and Kathleen Turner in Romancing the Stone.

Disney’s Imagineers have already incorporated playful new scenes and culturally diverse characters into its Adventureland ride at Disneyland and Disney World, while removing racially insensitive tropes. Gone are the tribal headhunters, shrunken-head salesman and negative depictions of natives. Remaining is an abundance of corny jokes/bad puns about elephant trunks and hippo ears, related by various skippers.

On the Granger Gauge of 1 to 10, Jungle Cruise is an escapist, slapstick 7, viewable either in theaters or on Disney+ with Premier Access.