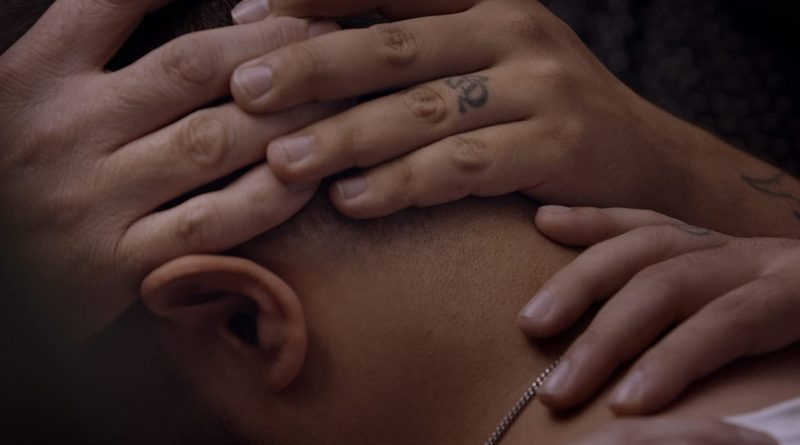 In 2018, in one cinema’s many instances of ‘twin films’ with similar premises reaching cinemas in swift succession, both The Miseducation of Cameron Post and Boy Erased tackled the topic of conversion or reparative therapy. In the process, they shone a spotlight on an insidious and damaging practice that’s hardly the realm of fiction: programs, typically religious-based, that purport to cure homosexuality.

These thematically paired features were by no means the first to touch upon the topic, following in the footsteps of the likes of But I’m a Cheerleader, Saved! and Maurice. However, at a time when marriage equality is increasingly being legislated around the world, LGBTQIA rights are expanding, and the community’s issues are attracting broader acceptance and attention, the two films felt particularly timely, weighty and important. Exposing efforts to “pray the gay away” can never be irrelevant or insignificant while the movement still exists, of course. And, sadly, it does still exist. But reaching screens two years later, Kristine Stolakis’ debut feature-length documentary Pray Away takes its evisceration of the belief that sexual orientation and gender identity are sicknesses to be cured, sins to be remedied and crimes to be punished to the next potent and moving level.

One of this year’s Tribeca inclusions — a status that still holds even with the physical festival postponed and part of its program moved online for 2020 — Stolakis’ film takes its powerful true stories straight from the source: from men and women who went through conversion therapy or devoted their lives to praising its benefits themselves. Pray Away’s subjects either experienced the movement first-hand, rose to positions of prominence within its ranks or both. Some ran organisations dedicated to the practice, or ascended to other influential positions. Others led workshops and seminars aimed at convincing young queer people to follow the same path, or wrote blog posts with the same intention. Some became spokespeople, trotted out to toe the line, including appearing on shows such as 60 Minutes and Jerry Springer. One was even employed by an influential lobby group to help push an anti-gay conservative Christian agenda.

Except for a sole representative from the other, still steadfastly pro-conversion side in the name of balance, Pray Away’s central figures also share something else in common. Whether they were involved in the movement in the 1970s, 1990s, 2010s or somewhere in-between, they’re now defectors. Eventually, they came to see the harm and pain that the practice they once endured and/or championed — but is widely condemned by medial and psychiatric professionals — can spark. Accordingly, each steps viewers through their time supporting conversion therapy in a chronological fashion, starting with their first inklings of same-sex attraction, their introduction to the treatment, their embrace of the cause, their ultimate move away and the many regrets that now haunt them. As interspliced with precision by editor Carla Gutierrez (RGB, Chavela), every stage along the way is filled with revealing, gripping, frequently infuriating details.

John Paulk, once “the most famous ex-gay person in the world” by his own description, talks through his frequent on-screen appearances as the highly publicised face of the ex-gay movement — where he promoted his conversion and attempted to demonstrate its success through his subsequent marriage to a former lesbian. Yvette Cantu Schneider outlines the modus operandi of her former fundamentalist employer, aiming to use homosexuality to get people “riled up, willing to give money and willing to vote” for their agenda. Julie Rodgers reflects on her very recent history as a millennial spruiking conversion, conveying her recollections as she prepares to marry her girlfriend in a church. Elsewhere, Randy Thomas and Michael Bussee, two former head honchos of interdenominational Christian queer suppression organisation Exodus International, examine their roles — and that aforementioned outlier, the “formerly transgender” Jeffrey McCall, continues to advocate for his beliefs, including via his prayer-spouting outfit Freedom March.

Their stories span decades, as well as a diverse sections of America — and, smartly, Paulk, Cantu Schneider, Rodgers, Thomas, Bussee and McCall are always the focus. In a poised, meticulous, wide-ranging but never flashy film, Pray Away knows that its experienced subjects can relay the gravity and heartbreak of conversion treatment better could (even, in McCall’s case, when he’s still backing reparative therapy). Stolakis and Gutierrez combine their to-camera accounts with scenes from their current lives, as well as a wealth of telling archival footage, and the combination is as affecting as one would, could and should expect given the topic and approach. Just as heart-wrenching: the on-screen post-script explaining that more than 700,000 people have been through this ordeal in America alone.

EDITOR’S NOTE: Sarah Ward’s review of Pray Away was originally published on April 17, 2020, when the film premiered at Tribeca Film Festival.