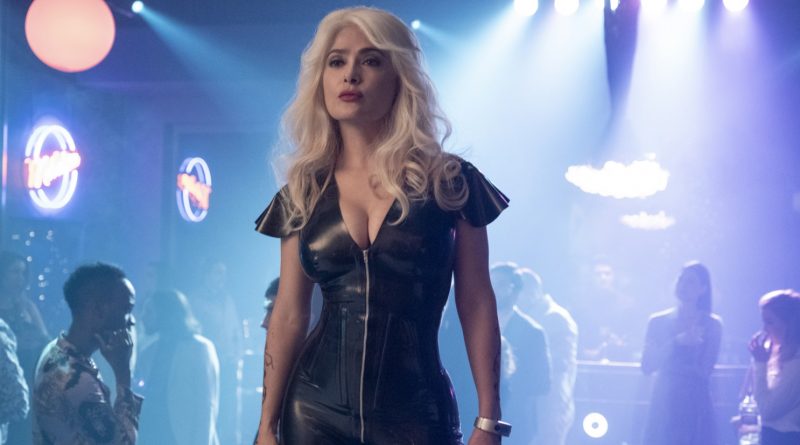 The tiresome sequel “The Hitman’s Wife’s Bodyguard” wastes its star power as cavalierly as its aggressively unlikeable characters waste ammunition.

The sequel to 2017’s “The Hitman’s Bodyguard” finds Reynolds’ former elite bodyguard Michael Bryce still unable to process how his illustrious career ended so disastrously. He takes his therapist’s advice and embarks on a relaxing Italian holiday, but before the tension can even leave his shoulders, Sonia Kincaid (Hayek), the feisty wife of his old nemesis, hitman Darius Kincaid (Jackson) swoops in guns blazing and whisks him off to help her rescue her kidnapped husband.

The unlikely trio crosses paths with a hot-headed, underhanded Interpol Agent Bobby O’Neill (Frank Grillo), who strong-arms them into helping him thwart a convoluted scheme by Greek billionaire Aristotle Papdopolous (Banderas) to bring down Europe’s infrastructure and economy using a giant diamond-tipped drill and some gnarly malware.

The screenplay by Tom O’Connor, Brandon Murph and Phillip Murphy offers no surprises for viewers and no compelling material for the performers, who fall back on their go-to movies. Reynolds snarks like he’s wearing an invisible Deadpool costume. Jackson hurls F-bombs. Hayek goes on fiery Latina rants and uses her ample bosom to distract goons.

A few of the quips hits just right or one of the outlandish set pieces gets the adrenaline pumping. It’s fun to see Hayek kicking butt at age 54, plus she and Banderas still have wonderful chemistry all these years after they burned up the screen in 1995’s much more satisfying action movie “Desperado”

But if Hollywood wants people to come back to theaters as the COVID-19 pandemic subsides, the studios are going to have to provide better movies then this.