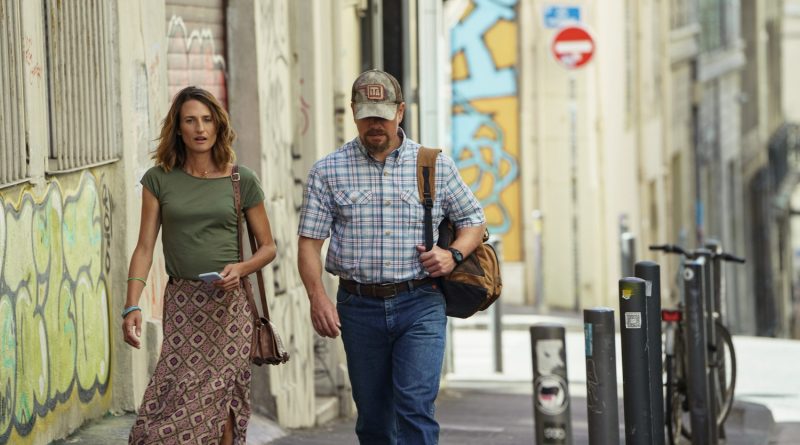 Although it stars Matt Damon, moviegoers shouldn’t dive into Stillwater expecting any Jason Bourne-style heroics. Rather, the Oscar winner gives an authentic and quietly stirring performance in a beautifully bittersweet family drama that doubles as a slow-burn suspense thriller.

At 50, Damon is earning widespread accolades for his performance as Bill Baker, an Oklahoma roughneck with a rough past, who routinely travels to Marseilles, France, to visit his daughter, Allison (Oscar nominee Abigail Breslin), in prison.

A former Oklahoma State University exchange student convicted of murdering her girlfriend, Allison has maintained her innocence, and when a new lead is dismissed by her attorney, Bill sets out to investigate on his own.

Bill doesn’t tell Allison about his plans to track down Akim (Idir Azougli), the mystery man she has always claimed committed the murder, because he knows his daughter doesn’t trust him. He was an absentee alcoholic when Allison was growing up, leaving much of her upbringing to his now-ailing mother-in-law, Sharon (Deanna Dunagan), who raised his daughter from age 4 after her mother committed suicide.

Their troubled history only makes Bill more determined to do right by Allison now.

Hampered by his lack of knowledge of the local language, customs and legal system, Bill finds an unlikely ally in Virginie (Camille Cottin) a French theater actress and single mom to a lively 8-year-old daughter, Maya (Lilou Siauvaud), who takes an immediate liking to the taciturn American.

Stillwater filmed in 2019 in Marseille as well as in Oklahoma (specifically, in the vicinity of Oklahoma City, Stillwater, Arcadia and Coyle). The contrast between the two locales — and director of photography Masanobu Takayanagi’s divergent cinematic approaches to those landscapes — helps establish just how out of element Baker becomes once his latest visit to France turns into a prolonged search for truth, justice and redemption.

As with Spotlight, McCarthy, who co-wrote Stillwater with Marcus Hinchey and the French team of Thomas Bidegain and Noé Debré, takes his time ratcheting up the suspense, developing the characters and building the audience’s investment in the film’s story, people and relationships.

Stillwater has its pulse-pounding moments — a stealthy pursuit through a massive soccer stadium during a raucous match is particularly effective and well-executed — but it mostly keeps viewers guessing by refusing to follow predictable Hollywood formulas, instead aiming for a greater emotional resonance that lingers after the credits roll.

Along with filming in the Sooner State, McCarthy and Damon spent time with real-life Oklahoma oilfield workers to prepare for Stillwater, and their efforts pay off handsomely. From his heavy-footed stride in his work boots to his sunglasses perched atop his battered cap, Damon looks the part of a roughneck, and the Boston native boasts a surprisingly decent and pleasantly restrained Oklahoma accent. (In contrast, Breslin sounds like a college student determined to ditch a distinctive Okie drawl.)

A hard-cussing recovering addict who steadfastly prays over his Sonic foot-long cheese coney supper, Bill will look and sound familiar to many Oklahomans, especially those from rural parts of the state. Damon — a father of four daughters who has been a frequent visitor to OKC at charity premieres for Bourne movies — gives one of the best performances of his storied career playing a complicated blue-collar Okie who, thankfully, is much more than just a one-dimensional caricature or stereotype.

“Stillwater” received a five-minute standing ovation at its recent world premiere during the prestigious Cannes Film Festival in France, and it indeed is one of the best movies of 2021.