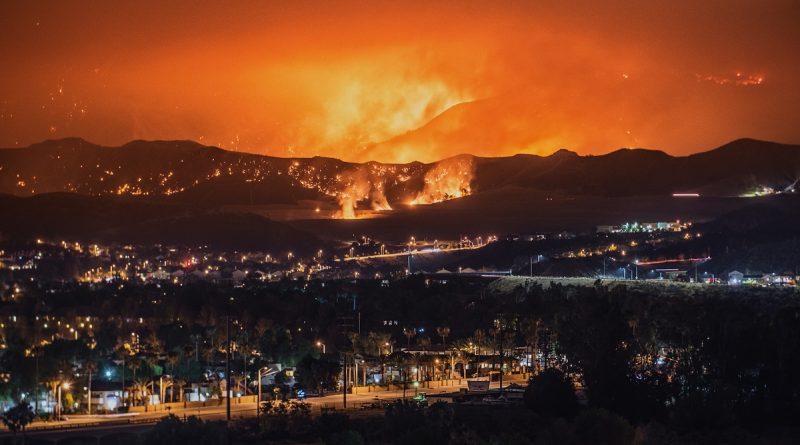 Wildfires aren’t a new phenomenon in California, but it’s only in the last few years that the idea of “fire season” has become an inescapable fact of life. Lucy Walker’s viscerally powerful documentary Bring Your Own Brigade expertly explores the complex factors that have led to that devastating reality (hint: It’s more than climate change), not just in the Golden State but around the world, and offers the hopeful possibility that it’s not too late to turn things around. >Walker explains early in the movie that she and her crew were in the right place — embedded with California firefighters — at the right time — Nov. 8, 2018 — to capture the horror of California’s increasingly deadly wildfires. On that day, both the Camp Fire in the remote Northern California town of Paradise and the Woolsey Fire in posh beachside Malibu erupted, killing almost 90 people between them and destroying billions of dollars worth of property. The frontline footage that Walker and her team filmed in both locations is extraordinary: It’s raw, painful, and heart-poundingly stressful. People and animals cry for their lives; a woman recounts fleeing the hospital with her newborn baby moments ahead of encroaching flames; those who lost their homes sift through piles of ash looking for any small memory that might have survived.

But Bring Your Own Brigade isn’t a voyeuristic exploitation of victims of tragedy. It’s a call to action. Walker thoroughly and thoughtfully presents several reasons behind the increasing number of unrelentingly destructive fires. Global warming is one of them, but so are short-sighted commercial logging practices (over-planting clear-cut areas leads to dangerous conditions), European-influenced opinions about fire (all fire is bad!), and human hubris (I can build my house wherever I want to!). Walker makes it clear that deadly fires aren’t inevitable — if we’re willing to broaden our perspectives and change our patterns, the annual advent of smoke-filled skies doesn’t have to be the norm, in California or anywhere.

To help prove her points, Walker interviews a wide range of subjects, from the quirky denizens of Paradise and Malibu to scientists, environmentalists, and city planners. Stand-outs include Brad Weldon, whose home was spared by the Camp Fire and who offers shelter to many who weren’t as fortunate, and a Malibu architect who both cooks for his displaced neighbors and disparages their not-particularly-fireproof home-building choices. The end result is a film that sees humanity as it is, warts and all, and still believes that we can do better. — Betsy Bozdech

Leslie Combemale “Embers are incendiary locusts.” So says one expert explaining what leads to so many houses and lives destroyed by fire. Firefighters, conservationists, and residents are interviewed about the deadly fires repeatedly decimating parts of the West Coast in the frank and fascinating documentary Bring Your Own Brigade. Oscar-nominated filmmaker Lucy Walker takes the audience through the experiences of those fighting or trapped in the many blazes that have been plaguing Western states, and the footage is terrifying. She also reveals how corporate culprits are, in part, to blame. Local government, the housing industry, and the residents themselves share responsibility when they build houses that prioritize curb appeal over fire safety. These houses are often built above the ruins from a deadly fire, and with no design changes to better protect them. Walker’s doc points out that without changes in laws regarding land management, corporate responsibility, and fire safety in construction, history will keep repeating itself, and many more lives will be lost. Though it makes for painful viewing, Bring Your Own Brigade not only stirs compassion but educates the viewer.

Jennifer Merin Bring Your Own Brigade is filmmaker Lucy Walker’s courageous and compelling documentary about an extremely hot topic: the ongoing inferno of wildfires in Southern California and elsewhere on the West Coast and, by extension, across the nation. Walker’s eye witness camera captures close up images of the uncontrolled fires cutting through affluent communities in wide paths of devastating destruction. She follows local residents who are fleeing their homes on car-congested bands of blacktop cutting through raging flames and she records up close and personal accounts of survivors whose property was miraculously spared and others who lost all of their worldly goods to the to the rampaging blaze. Read full review.

Sandie Angulo Chen: Bring Your Own Brigade should be mandatory viewing — and not just for students in environmental science courses, but for all teens (it’s a bit too intense for younger viewers) and adults, particularly those who still don’t believe climate change has a devastating impact on us all. This is a difficult documentary to sit through — but English filmmaker Lucy Walker does a fantastic job of chronicling how two vastly different towns in California — Paradise and Malibu — respond to the wildfires that killed more than 100 souls in the state, and how the catastrophe could have been avoided. A harrowing, occasionally heartbreaking, but always thought-provoking film.

Cate Marquis British documentary filmmaker Lucy Walker raises the question asking why huge wildfires seem to be increasing around the world and whether there is anything we can do about that, before turning her specifically attention to one fire, the 2018 Camp Fire that devastated Paradise, California, and the nearly simultaneous Woolsey wildlife in Malibu. Looking at the causes of these fires, the London-born Walker delves into the history of wildfires in California and, while climate-change contributes, she discovers a complicated picture. A gripping film that features horrifying fire footage, examples of heroism, moments of heartbreak, and interviews with firefighters, survivors and wildfire experts, Bring Your Own Brigade digs deep, looks at the full picture, and comes up with intriguing observations and conclusions on the growing threat of wildfires.

Title: Bring Your Own Brigade