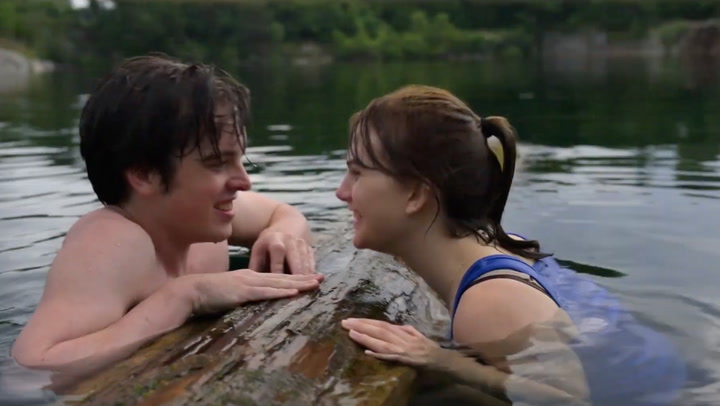 By wrapping her coming of age story in a completely fresh milieu, writer/director Sian Heder delivers that rare thing: an engrossing and moving family centered film. Casting terrific deaf actors, headed by the great Marlee Matlin who deserves this plum role as family matriarch, gives CODA a potent authenticity as does shooting it in the hardscrabble fishing village of Gloucester, Mass. which provides the lived-in setting.

Emilia Jones anchors the film as 17-year-old Ruby Rossi, the only hearing member of her family. Ruby has served as interpreter and liaison between her folks and the fishing community and everyone else that her unorthodox mom and dad (Matlin and Troy Kotsur, also memorable) encounter. Her older brother (Daniel Durant), who works the fishing vessel with dad, would like nothing more than to step up but Ruby has so ably filled the hearing/speaking gap for so long that he’s been sidelined.

CODA, an acronym for “child of deaf adults,” is a remake of La Famille Bélier, a 2014 French film in which deaf characters were played by hearing actors. The deaf actors here absolutely run with this film and overcome the coming of age cliches — Ruby’s earnest first boyfriend who doesn’t judge her crazy life; the inspirational music teacher and taskmaster who pushes her to audition for prestigious Berklee School of Music — by showing us the stakes. Ruby has an important role in the family; she feels needed. But that codependence — CODA has another meaning — doesn’t serve anyone as Rudy starts to find her own unique and beautiful voice.

There are many standout scenes, among them Ruby’s performance with her school chorus. With her supportive family in attendance, Ruby sings the duet You’re All I Need to Get By. After a while, her bored mom and dad start signing to one another; after all, they can’t hear a thing. As they glance around at the other audience members clearly moved by the music, Heder cuts the sound completely so we “hear” the silence of Ruby’s parents world and how, despite how much they love Ruby, they cannot fully engage with her talent and newfound passion. It’s a powerful moment with a sound design as creative and effective as that of the similarly groundbreaking film from last year, Sound of Metal. The scene has another structural purpose: it lays the emotional groundwork for Ruby’s audition performance of Joni Mitchell’s Both Sides Now. Without giving anything away, I will only say: bring tissues.