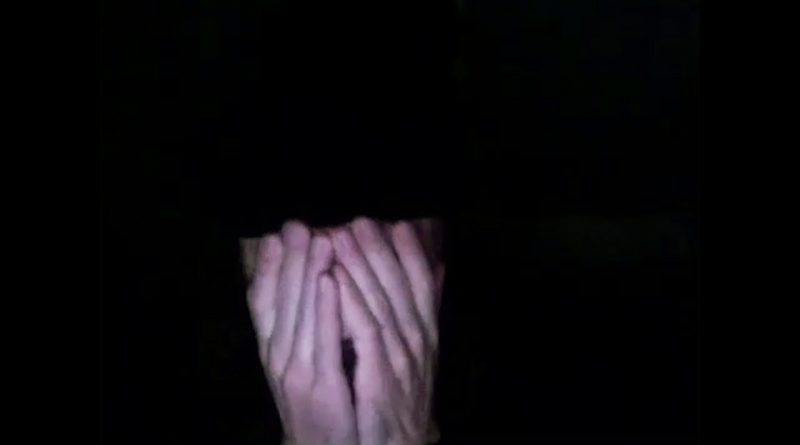 Recently completing her PhD about faces on screen, with her short, hour-long documentary Dear Hacker French filmmaker, artist and academic Alice Lenay continues her driving fascination with the intersection of technology and human relationships. Recently awarded a Mention Spéciale du prix Loridan-Ivans CNAP at the 2021 edition of Cinéma du Réel, the North American premiere of the film at Montreal’s Fantasia International Film Festival is equally as timely; a film about presence and connection in a world where, well into the COVID-19 pandemic, so many of our interactions are on the internet, via Skype, Zoom and other online video communication tools.

The premise for Dear Hacker is almost deceptively simple. Noting one day that a flashing light on her webcam had been activated without her intervention, she wanted to know why. Was someone watching her? Was there something else responsible? Ostensibly framed as an investigation of sorts, the film consists of a series of online video conversations between Lenay and a number of experts, friends, and expert-friends to try and get to the bottom of what was happening.

But almost immediately, it is in these dialogues with her numerous interlocutors with whom she engages that something bigger emerges in Dear Hacker. Recalling in many ways the pioneering work of Jeffrey Sconce’s 2000 book Haunted Media: Electronic Presence from Telegraphy to Television, the ‘thing’ that caused Lenay’s webcam to activate is granted something even more than the initially imagined human hacker explanation. Rather, the cause starts being described in a range of ways that indicate a long history of new technologies (especially media technologies) being understood through the language of the supernatural; at various points throughout the documentary, it is referred to as an “entity”, a “presence”, “a metaphysical intelligence”, and “a ghost, or a type of collective god”. At one point, Lenay even explicitly states that she fears a kind of digital “possession” is a very real possibility.

Although the “presence” has thus been abstracted, it does not stop Lenay’s fundamental mission which, she says, is to “flesh out this character”. But as the documentary continues, it slides into an increasing abstraction, with beautiful, almost kaleidoscopic images from a broken webcam paints across the screen a kind of kinetic digital art. Similarly, as a viewer of Dear Hacker – for me, watching it on a press screener through Fantasia’s media hub in Melbourne, Australia – the near-inescapable stops, starts and computer glitches that so ubiquitously mark video chats became so pervasive that more than once I paused to check my own connection. Was the error at my end? The ghosts, the entities, the presences? Despite its clever establishing premise, Dear Hacker is much more than a film trying to solve the mystery of a rebel webcam; Lenay’s film compellingly explores how human bodies and minds relate to technology, both spiritually, physically and emotionally.