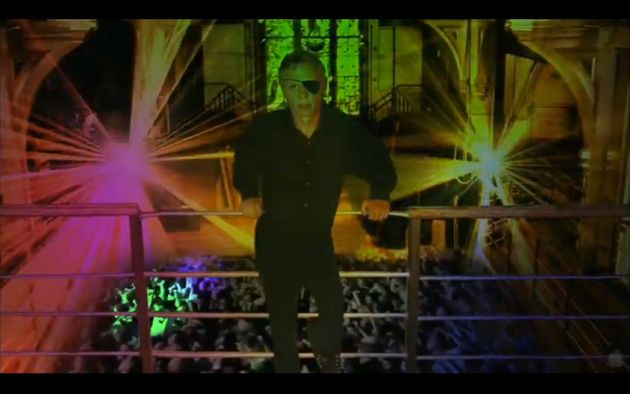 During his reign, Gatien was a master manipulator of New York culture. Every night of the week, tens of thousands of his followers flocked to Gatien’s clubs for their recreation of choice.

Limelight, released in 2011, is as much about drug culture as it is about Gatien’s rise and demise. And, the drug theme is reflected in the film’s style: Gatien and others are photographed so they appear slightly distorted. Their images are enhanced with colors suggesting psychedelics at play. They’re situated in psychedelically suggestive settings. The style of this film about drugs is, well, druggy.

For Limelight, druggy style and drugs as subject should be a neat fit. But this rather obvious choice is actually quite confusing, quite disorienting for the audience. Does Corben address us as witnesses to his revelation of truths, or does he intend to transport us to one the clubs for a psychedelic encounter with a bygone ambience? I suspect Corben suspect hasn’t thought much about that. Continue reading on CINEMA CITIZEN.