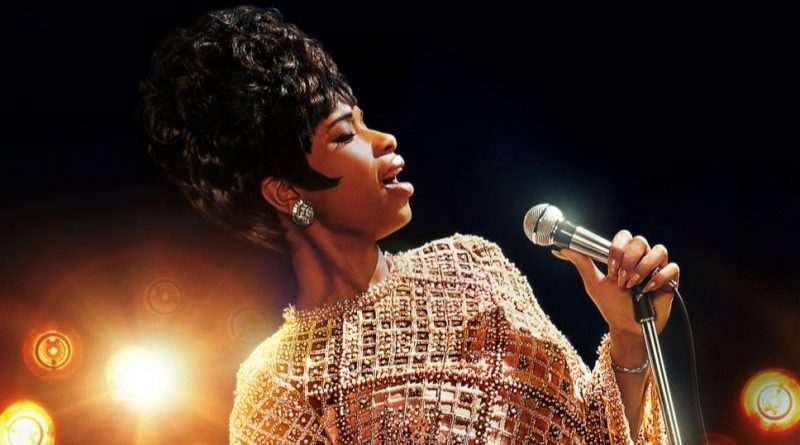 Liesl Tommy knows how to throw a party. The Tony-nominated theater director makes her feature debut with this highly anticipated Aretha Franklin biopic, establishing her mastery of the moving image from the film’s opening scene as Rev. C.L. Franklin gets his 10-year-old daughter, Ree (Skye Dakota Turner), out of bed to perform a number for a houseful of his friends. It is a scene that establishes the Franklin home as a nexus linking the 1950s Black community’s church and secular entertainment worlds, C.L. Franklin as a doting – if domineering – father who recognizes his daughter’s nascent talent, and little Aretha as a monumentally gifted singer.

There are moments of this brilliance throughout Respect, particularly in the film’s musical moments that allow Tommy and star Jennifer Hudson, Aretha Franklin’s own choice to play her as an adult, to bring on the magic and bring down the house. This is especially true of the titular song that serves as a kind of mini-movie within the movie. It starts with Aretha and her sisters Erma (Saycon Sengbloh) and Carolyn (Hailey Kilgore) working out their own arrangement of Otis Redding’s song early one morning in Aretha’s home and builds to an electrifying performance of the finished work in front of a packed house at New York’s Madison Square Garden.

Working against Tommy’s fine direction is Tracey Scott Wilson’s screenplay. Drawn from an idea by Wilson and Thelma & Louise scribe Callie Khouri, the script starts with the right idea of not trying to film the entirety of Franklin’s life. After introductory scenes that set up Franklin’s childhood triumphs and traumas, it skips to her late teens just as her father becomes convinced her future lies with a contract with Columbia Records and then follows her evolution from struggling singer to her fraught early years as the Queen of Soul, ending when she is not yet 30.

Like so many biopics, the screenplay flattens the messiness of day to day life, making even the extraordinary seem prosaic. This particular script also suffers from occasionally wince-inducing dialogue and from weak characterizations. The character of Aretha is sharply written and performed well by young Turner and Hudson. That sort of attention was not paid to any of the supporting characters, not even C.L. Franklin, who played such an outsized and occasionally antagonistic role in his daughter’s life. The script utterly strands the brilliant Whitaker in a role that gives him little to do other than fulminate and react.

At least, the bones of the story are compelling as Respect portrays a young woman coming into her own, finding herself and her voice. Aretha was a woman with many mentors: her father; the Reverend Martin Luther King (Gilbert Glenn Brown), who inspired her political activism; Columbia Records’ John Hammond (Tate Donovan), who signs her but has no idea to bring out her brilliance; and first husband Ted White (Marlon Wayans), whose initial support gives way to brutal jealousy. It is only when Franklin signs to Atlantic Records and pushes back against White, label head Jerry Wexler (Marc Maron), and anyone else who gets in her way that her true voice emerges.

Clint Ramos’ costumes, Ina Mayhew’s production design, and Kramer Morgenthau’s cinematography are spectacular, evoking the glamor of the mid-century era even in moments when it is just the 17-year-old Aretha in a sweater set at a family barbecue. The recreation of some of Franklin’s hits is brilliant, scenes sublimely directed by Tommy, with vocal performances from Hudson living up to the faith Franklin had in her (even if she is not quite in Franklin’s league – but then, no one is or will be, the woman was peerless) and reflecting what the excitement must have been like when those songs were fresh and new.

It is a shame that the screenplay isn’t sharper. Aretha Franklin deserves better than the banality that deflates this otherwise excellent effort.