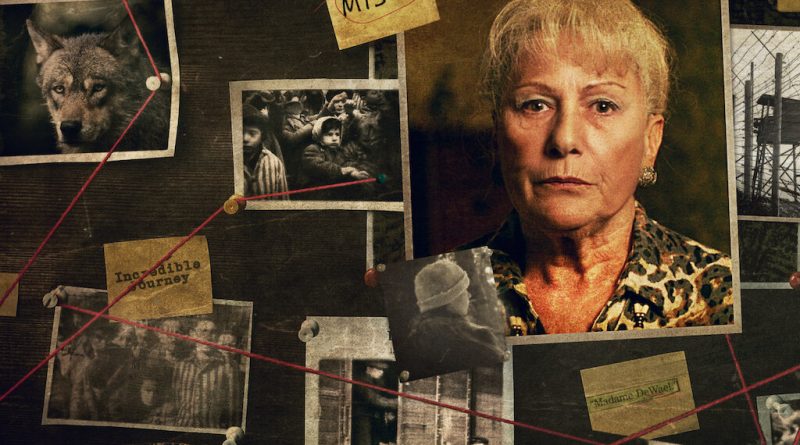 What could be more gripping than a tale of childhood survival during the Holocaust?

Many Jewish children were saved from the Nazis during World War II by being taken in or adopted by Christian families.

A Belgian immigrant named Misha Defonseca was one of those “lost children” and told a particularly harrowing story about her war experiences.

Separated from her beloved parents, Fonseca determined at age 7 to run away from her adoptive family and walk to Germany to find her mother and father.

She lived out the war in the woods, moving constantly, foraging for food and living adjacent to a wolf pack that protected her.

Defonseca shared her story with a few friends in the town where she lives near Boston. At her husband’s urging, she presented her story on a special day of Holocaust commemoration at their synagogue.

And then her tale took on a life of its own.

Misha and The Wolves is a documentary about storytelling itself, complete with riveting twists and turns in the narrative (and in a viewer’s response.)

The film delves into what we believe and why we believe it and is told from various perspectives.

A book about Defonseca’s war experiences and her survival among wolves was the result — and it was an immediate hit, with Disney and Oprah waiting in the wings to make it a global best-seller.

But the relationship between Defonseca and Daniel soured, and a lawsuit resulted.

Daniel then tells her portion of what-happened-next to the camera, as do people identified as the genealogist, the Holocaust survivor, the teacher, the journalist and the historian, all of them adding pieces to the puzzle that is the “real” story of Misha Defonseca.

Misha and The Wolves stops being an historical saga and turns into a psychological thriller about history. And storytelling. And versions of the truth.

Like Sarah Polley’s film, Stories We Tell, Misha and The Wolves is a masterpiece of misdirection and yarn-spinning; director Sam Hobkinson directs the audience for this documentary just as surely as he directs the film itself.

A tale of myth-making and money, Misha and The Wolves is a strange little episode with what could be seen as a much bigger reach. Fonseca’s reworking of her WWII personal history involved the kind of dissembling and embroidery used on a national scale by many occupied countries (no names, s’il vous plait); memory and history are under the microscope here.

If this review seems vague, it’s intentional. The impact of the film requires that you know as little as possible about it going in.

Hobkinson creates the particular world of Misha and The Wolves with interviews, re-creations and archival footage and photographs.