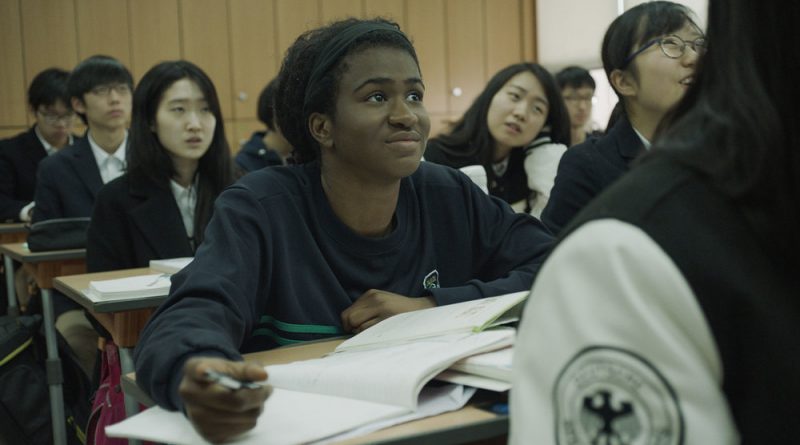 Teen high-school comedies love to show brainy outcasts who stumble socially while the popular kids party. In reality, some youths ache to excel, like those in the documentary The Smartest Kids in the World, streaming on Discovery+ in August. They just don’t know how to do that within the American educational system.

Based on the best-selling book of the same name by Amanda Ripley, The Smartest Kids in the World follows four teens who hunger for the chance to challenge themselves, so much that they opt to study abroad for a year. Each chooses a country that outranks the United States in math or science on the Programme for International Student Assessment, colloquially called the PISA test.

Simone, 17, leaves the Bronx for South Korea, where students study about 10 hours daily with a dedication that she finds “admirable.” Brittany, 16, heads to Finland, embarrassed to tell her classmates in Florida that she wants a better education; instead, she says she wants to visit Lapland and where Santa Claus hails from.

Sadie, 16, in Maine loves to learn but likens high school to “a box with no airholes.” She hopes that Switzerland, with more hands-on teaching applied to the real world, will help her feel more fulfilled. Meanwhile, in Wyoming, Jaxon, 16, a wrestler, wants to learn whether the Netherlands will challenge him more than his high school, which doesn’t meet on Fridays whenever there’s an athletic competition. He’s left on his own for a computer class and a silent reading period. “You take what you can get,” he says.

Director Tracy Droz Tragos (Abortion: Stories Women Tell) doesn’t spotlight specific issues at the teens’ schools beyond Jaxon’s. She also keeps the teens’ parents mostly on the sidelines. While this heightens the focus on the four students, viewers might wonder how the teens broached the topic of studying abroad in the first place and what they told their families upon their return.

Nevertheless, the teens are a refreshing and honest alternative to a bunch of talking heads. Ripley fills in some explanatory gaps about the differences between each country’s educational system and that of the United States, noting that she also sought student input when writing her book. Students are the “millions of experts [on education] who are never in the room when … decisions are made,” she says.

Unpacking what’s flawed in the American educational system could take longer than this film’s hour and 45 minutes, but Tragos’s approach fills in a lot of information at a brisk and engrossing pace. Each of the countries here has a different take on testing, student autonomy, and critical thinking, which the teens find surprising and, at times, more rigorous than they can handle. When one decides to go home early because the language barrier and the lessons are too intense, it’s poignant to hear how someone back home thought they wouldn’t be able to hack it in the first place.

Brittany is particularly taken with Finland, where she’s astonished by how much she learns in less time and feels less stressed than back home. The Finns demand highly educated teachers, who emphasize critical thinking, not multiple-choice test questions, and take time to relax and recharge. The high school there even has a sauna.

Each teen returns home appreciative of their experiences and wants to integrate them into their lives. Some even crave more. The Smartest Kids in the World might not dive deep into every issue that American students face, but it does show how knowledge can light a mind on fire.