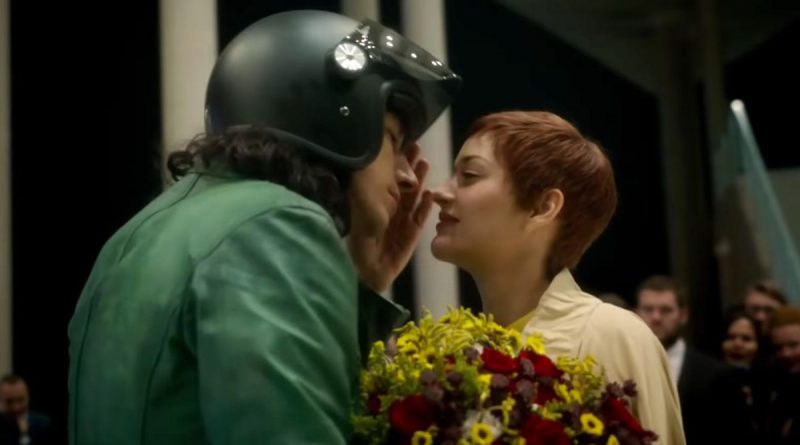 Annette is a film unlike any other. It links to the oft-filmed A Star Is Born and even the wretched La La Land. If necessary, it can be slotted with the genre of the backstage musical and its sub-genre of stars-out-of-synch. Annette is not wholly successful, but that’s all right because it’s wholly mesmerizing.

The mis-matched stars are a shocking comedian and a silken soprano. Henry appears on his stage in a terry-cloth robe, revealing impressive pecs; Ann appears on her stage, a sylph also alone and spotlighted. She balances his bass with her soprano; his threats with her promises. They play to an audience. Henry’s is more Greek chorus than adoring fans; her adoring fan is her conductor.

At the start, Ann and Henry’s story would seem to be ordinary plot points. However, Annette supersedes storyline. Being operatic, it includes murder, passion, jealousy, retribution, and lyrical repetition for effect (“We love each other so much” repeats and repeats in your ear). Being filmic, Annette includes animatronic dolls, admirable camerawork, and green lights on the nightclub tables that complement the green light of the couple’s pool.

Annette begins with the cast and crew introducing themselves and the film to follow in procession. The film is a collaboration between scriptwriters Ron and Russell Mael (the band Sparks) and director Leon Carax. This opening number is meant to throw you off. It’s a bumpy ride. Annette is also unforgettable as journey more than destination.