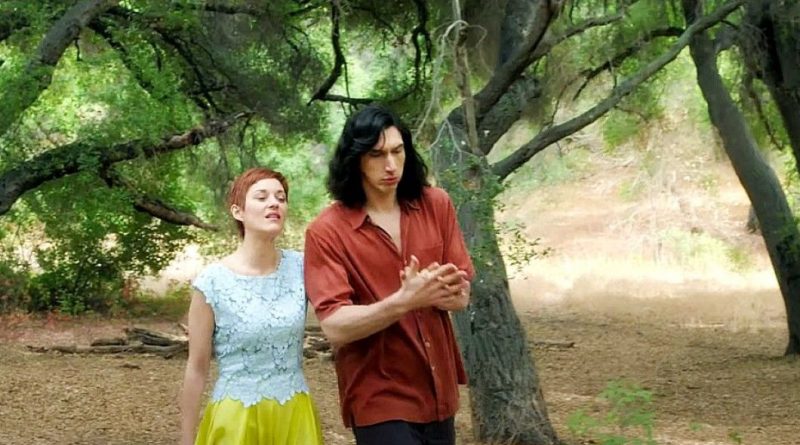 Playing in theaters and debuting on Amazon on August 20, Annette is an eccentric, hallucinatory rock opera about love, passion and celebrity, set in Los Angeles.

It begins as a voiceover cautions viewers not to “sing, laugh, clap, cry, yawn, boo or fart,” adding “breathing will not be tolerated during the show so, please, take a deep last breath right now.”

Henry’s career is at its zenith. Playing to sold-out crowds at the Orpheum Theater, he bursts on-stage in a hooded bathrobe – like a hulking boxer – which he strips off to reveal a taut torso clad only tight boxer briefs. His defiantly angry monologue is filled with loathsome confessions and utter contempt, which audiences seem to adore.

When Henry picks Ann up on his motorcycle at Frank Gehry’s Walt Disney Concert Hall, she asks: “How did it go?”

“I killed – murdered them. Destroyed them,” Henry replies.

“I saved them,” Ann murmurs, climbing behind him before they careen into the darkness.

Initially, Ann is not as famous, but she dazzles her devoted former accompanies-turned-conductor (Simon Helberg) as her career ascends while Henry’s descends. Shades of “A Star is Born.”

Breathlessly chronicled on a ‘showbiz’ TV channel, Henry and Ann marry and their daughter is named Annette. Only she’s not real. She’s a wooden puppet/doll that somewhat resembles ‘Chuckie.’

The characters half-talk, half-sing their thoughts and feelings, a stylized, surreal device that stretches to absurdity as Henry is having oral sex with Ann. “We love each other so much” is a phrase used repeatedly.

On the Granger Gauge of 1 to 10, Annette is an incoherent, ephemeral 4 – tedious, pretentious poppycock!