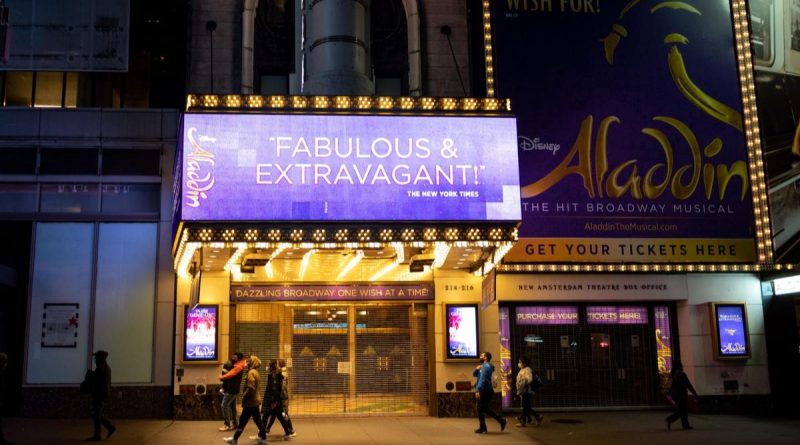 Director Oren Jacoby brings The Great White Way to the Silver Screen, and it’s a glorious trek. He made this commendable documentary in 2019, but the vicissitudes of a pandemic closed movie houses. So this recent history of Broadway is just now appearing, but it’s well worth the wait.

The film begins with the clarinet of “Rhapsody in Blue” accompanying the plummy tones of Dame Helen Mirren. She speaks of Times Square and 42nd Street, the hallowed intersection of entertainment in New York City. She is followed by a veritable buffet of actors, directors, producers, a maitre d’, theater historians — anyone with an opinion about the Broadway theater since the Sixties.

What evolves is the story of a phenomenon: a fantastic world that nearly fell into the sewer only to be resurrected by innovative investors, who thought that theaters mattered more than parking lots.

To come back strong took the Nederlanders and Joe Papp’s non-profit theater. Add the impact of “A Chorus Line” in 1975 with its backstage story that included gays, Blacks, and Latinxes. It took “Nicholas Nickleby” and its British cousins. It took “Cats” with its merchandising, Stephen Sondheim, Athol Fugard, Tony Kushner, Wendy Wasserstein, August Wilson. And “Hamilton.”

“Broadway is a shot-gun marriage between art and commerce,” says a producer, one of the many wonderful talking heads, including James Corden, Rocco Landesman, Nicholas Hytner, Tommy Tune; LaPone, Davis, and Baranski. Ian McKellan appears wise and wrinkled as he is today and oh! so young and handsome as Salieri in “Amadeus.”

Film editing, led by Ted Raviv, skillfully juxtaposes the past with the present, the old with the new, the tops with the Tonys.

The documentary threads the production of the snooker-centered show, “The Nap,” to show a show’s movement from rehearsal to opening night during the 2018-2019 season, the most successful ever. And then came Covid. All 41 theaters on Broadway went dark. When they reopen, they carry this history of song and dance and dialogue. “We need to remember our history,” says one producer. Indeed.