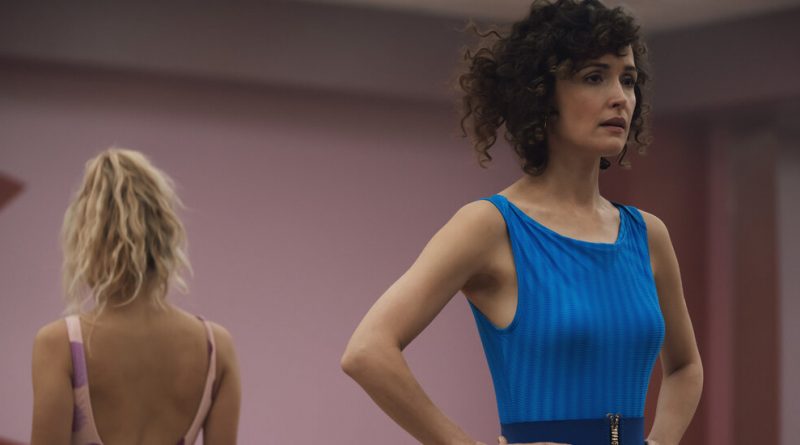 I’m stunned that this Apple TV+ half-hour comedy-drama series was just renewed for a second season.

Set in San Diego in the 1980s, it revolves around troubled Sheila Rubin (Rose Byrne), a svelte housewife/mom who has an inexplicably strange self-image, resulting in chronic bulimia, a serious eating disorder. This is manifested by her buying lots of fast-food, then taking it to a motel room, where she gorges and purges. It’s binge-eating, resulting in self-disgust.

Waiflike, flawless Sheila constantly voices her self-loathing thoughts in an inner-monologue, a toxic stew of self-hatred, delivered to the audience, reiterating that she’s fat and gross, while simultaneously disparaging other women, like dowdy Greta (Dierdre Friel), cruelly noting: “You can’t stop looking at the back fat spilling out of her bra strap.” And the detestable term “fat ass” is overused.

Bizarrely, Sheila’s devotion to a strenuous exercise routine leads to self-empowerment when she joins energetic Bunny (Della Saba), a hard-boiled aerobics instructor from Lebanon and Bunny’s lover/videographer Tyler (Lou Taylor Pucci), to make a videotape that turns her into a spandex-sporting fitness/lifestyle guru, complete with leg warmers.

Each sour episode begins with some version of “Let’s Get…,” as an homage to Olivia Newton-John’s 1981 hit song “Physical,” released during the aerobics craze that swept America at that time.

On the Granger Gauge, Physical is a caustic, strident 6, rarely delving below its sketchy superficiality.