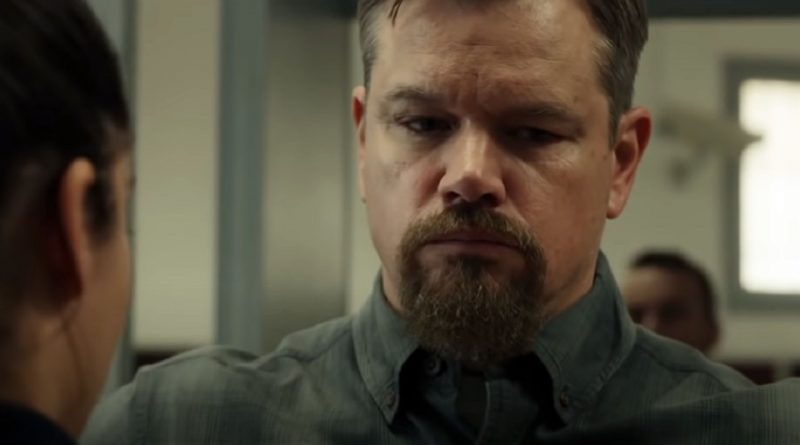 If you remember the Amanda Knox case in which she was wrongly convicted of the 2007 murder of her roommate in Perugia, Italy, the plot of Stillwater may seem vaguely familiar.

McCarthy sets his dramatic thriller in Marseilles, France. And he tells the story from the point-of-view of oil-rig roughneck Bill Baker (Matt Damon), whose estranged, twentysomething daughter Allison (Abigail Breslin) continues to maintain her innocence long after she’s been imprisoned for murdering her unfaithful girlfriend while studying abroad.

Arriving in the exotic Mediterranean port from Stillwater, Oklahoma, to visit Allison and to help overturn her conviction, Baker is befriended by Virginie (Camille Cottin), a single mother with a precocious nine year-old daughter, Maya (Lilou Siuvaud).

Tired of feeling helpless, Baker knows he’s made mistakes as a father, which is why he’s so desperate to exonerate Allison. Stoic yet determined, Baker’s skills are limited to carpentry and home maintenance.

Yet he manages to overcome cultural differences and his lack of proficiency in the French language by engaging the help of others while confronting many social, racial and political pitfalls.

Often underrated as an actor, Matt Damon burst onto the Hollywood scene as the Oscar-winning co-screenwriter with Ben Affleck of Good Will Hunting, coinciding with Steven Spielberg’s casting him as the titular W.W.II Everyman in Saving Private Ryan.

Then came the “Jason Bourne” franchise, along with The Talented Mr. Ripley, The Departed, Invictus, “Contagion,” and The Martian, among others. Now, Damon subtly embodies this rugged, taciturn loner, a recovering addict, with just the suggestion of violence beneath the surface.

On the Granger Movie Gauge of 1 to 10, Stillwater splashes in with a solid 7, playing in local theaters.