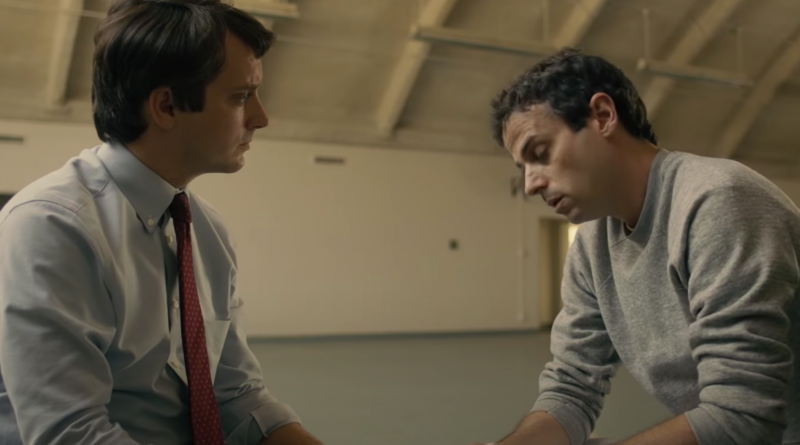 Please: can there be an indefinite moratorium on movies about Ted Bundy.

There have apparently been enough projects depicting Bundy as charismatic and smart (reader: I missed them) that director Amber Sealey says her new film, No Man of God, is an attempt to set the record straight and show Bundy as the needy narcissist he actually was.

Her comments ignited an inside-industry scuffle with filmmaker Joe Berlinger (director of Conversations with a Killer: The Ted Bundy Tapes and Extremely Wicked, Shockingly Evil and Vile), mentioned only because it seems incredible that this much time and energy is being devoted to a long-dead violent nonentity who killed dozens of women and kept their heads as trophies.

No Man of God is a film about Ted Bundy’s final days. Despite an extraordinary performance from Luke Kirby as the serial killer and the director’s statements of intent, the point of the film remains elusive.

No Man of God traces the relationship that developed between Bundy and FBI profiler Bill Hagmaier (Elijah Wood) between 1984 and 1989, the last few years before Bundy’s execution.

The dialogue is based on real conversations between the two men.

And much of the action is those two men talking inside a room. It’s a testament to the abilities of both actors that despite this static setting — an interrogation room inside Florida State Prison — the film remains engaging.

No Man of God begins with a reminder that FBI researchers only began working to analyze violent crime in the late 1970s.

Hagmaier was one of the first five FBI agents involved in profiling. According to the movie, he was willing to talk to Ted Bundy where other agents were not, as Bundy’s distaste for the FBI was already well known.

Hagmaier’s conversations with Bundy are among the first wave of behavioral research interviews the FBI undertook with serial rapists, child molesters and serial killers.

Hagmaier’s interest in finding out what made Bundy tick seems to have differentiated him from the agents who preceded him in questioning the prisoner. His psychological inquiry interests Bundy, and soon enough the men are deep in conversation, with Bundy offering tips on the Green River Killer for Hagmaier’s edification.

As the men become friendly, Bundy walks Hagmaier through the banality of evil killing: he’s not crazy, he says. He is not a master of disguise, either — that’s a myth — and the way to get away with these crimes, he says, is to, “Go about your day. Don’t act weird. Everyone thinks you’re a regular guy.”

Knowing these are actual conversations between Bill Hagmaier and Ted Bundy adds an edge to the proceedings, but watching the men talk in isolation with no reference to any other part of their lives makes this a sort of intellectual exercise that remains unconnected to the emotional.

In the background to some of these conversations are flashes of other images, sometimes innocuous, home-movie type images of women, and sometimes spooky weirdo shivery pictures, perhaps reflective of agent Hagmaier’s thought processes.

None of it makes you forget you’re watching a movie.

The storytelling takes a turn once a date is set for Bundy’s execution, and that latter part of the film is rather more crowded. Investigators from all over the country show up hoping Bundy will shed light on their unsolved murders before he dies. Actual news footage from the time shows crowds gathered outside the prison waiting to celebrate Bundy’s death; inside, Bundy does his best to barter confessions for an extension of his life, but he doesn’t get very far.

The outside world crowds in on the two men.

As Bundy’s time runs out, Hagmaier urges him to reveal more of his crimes, helps him write a farewell letter to his mother, watches him get his head shaved prior to electrocution. Heavy material, but as film goes, it’s too late for emotional engagement.

Well, except for revulsion. A scene in which Bundy attempts, trance-like, to talk Hagmaier through the thrill of a rape and murder is a horror wallow that seems particularly creepy and unnecessary; in real life Hagmaier has described Bundy’s “almost mystical” attachment to killing, so maybe that’s what we’re supposed to be looking at here.

One assumes the point is that Hagmaier eventually felt a combo of compassion and contamination from his contact with Bundy, but that’s a guess.

Any student of psychopathy can explain that serial killers are generally a dull bunch, distinguished only by the mad-dog impulses that eventually get them put down. Bundy had smartest-guy-in-the-room syndrome but was otherwise not remotely interesting enough to warrant the 20 or so movies, series and podcasts about his life.

So please: enough. If anyone actually thinks Ted Bundy was intelligent or charming, for the love of God let No Man of God put an end to those ideas.