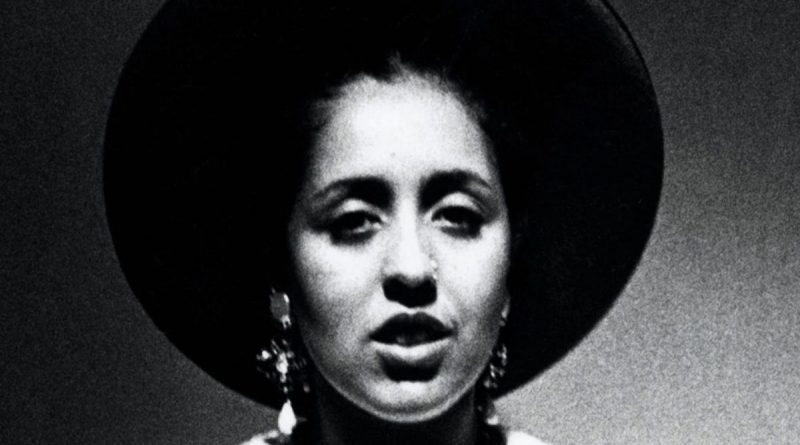 There are multiple generations – and no doubt will continue to be in the future – for whom UK punk band X-Ray Spex’s iconic 1977 smash “Oh Bondage! Up Yours!” from the album Germfree Adolescence will remain eternally electrifying. Written and sung by their charismatic front woman Poly Styrene, while the band’s output was limited, the band, this song in particular, and indeed Styrene herself will live forever in the popular consciousness – of this, there can be little argument.

But there’s Poly Styrene – the cheeky, vibrant punk legend – and then there’s the woman behind the nom de plume, Marianne Joan Elliott. Despite the title of Celeste Bell and Paul Sng’s moving, sensitive documentary Poly Styrene: I Am a Cliché (now playing at the Melbourne International Film Festival) is in fact a biographical tug-of-war of sorts between the public-facing Poly Styrene and the private world of Marianne. Into this equation comes co-director Bell herself – the film subject’s daughter – whom in large part tethers the film to the reality of Marianne’s numerous challenges as a young woman as fame grew and her mental health deteriorated. In many ways, then, the documentary is as much Bell’s story as it is her mother; or, to be more accurate, the two are bound together in ways that Bell herself bravely and openly reveals as an enormous, emotionally-demanding task.

“My mother was a punk rock icon”, Bell says as the film begins. “People often ask me if she was a good mum. It’s hard to know what to say.” Beginning at the end of her mother’s life with Marianne’s funeral, Bell continues to explain how “surreal” the event was, surrounded by people who were mourning an image, while she was suffering the loss of her mother, with whom we discover as the film continues, she had a tumultuous yet ultimately warm and close relationship.

Largely otherwise chronological in its structure, the film plots the rise and fall of X-Ray Spex as they exploded on the UK and then international punk scene in the 1970s, and the rise and much harder, much more personal crash of Marianne herself that coincided with it. With narration of Marianne’s journal entries during the period provided by Ethiopian-Irish actor Ruth Negga, alongside Bell’s own personal recollections and exhaustive archives of her mother’s legacy, interviews with band mates and other friends, lovers and colleagues during the peak of X-Ray Spex’s success are further enrichened by figures including Neneh Cherry, Kathleen Hanna from Bikini Kill and Sonic Youth’s Thurston Moore who all spoke about the long-term imprint left by X-Ray Spex and Poly Styrene.

Poly Styrene: I Am a Cliché is in some ways a jigsaw puzzle as Bell puts together the pieces to discover who her mother was and to give it tangible form to share with the world. When it comes to the big picture, the documentary presents a fascinating portrait of a half-Somali, working class young woman with mental health issues as she attempted to navigate the volatile world of fame at a very young age. But to dismiss the film as only this does it a great disservice; a compelling documentary about public and private lives and the human suffering that fame can trigger in the space in between, above all else this is a love-letter to the woman behind Poly Styrene as much as it is to the ground-breaking punk pioneer herself.