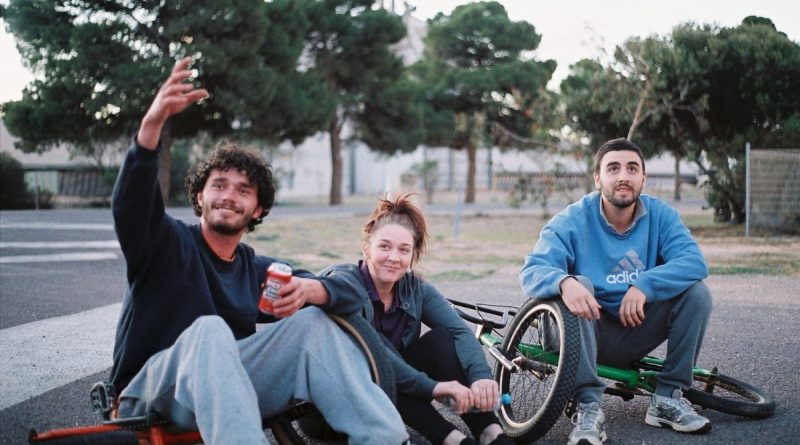 Running just over an hour in length, emerging Australian filmmaker Kyle Davis’s Dry Winter follows its world premiere at the highly regarded Visions du Réel with a screening in its country of origin at the Melbourne International Film Festival. Tapping into a recent tradition in Australian independent cinema of low-key portraits of outsiders looking for a way in, like Alena Lodkina’s Strange Colours (2017), Dry Winter also captures a spirit of authenticity through the use of non-professional actors. Even further capturing the spirit of true independent filmmaking, this project was far from the product of established industry insiders – Davis, along with the bulk of the film’s crew, are all graduates of Adelaide’s Flinders University. But this is no student film; Dry Winter is a confident, poetic portrait of lost time and treading water in the small-town wastelands of rural Australia.

The film follows twentysomethings Jake (Andrew Phillips) and Kelly (Courtney Kelly), who drift in their tiny, middle-of-nowhere drought-stricken town, working whatever jobs they can during the day, and hanging out at night. These days blur into these nights rendering time itself an almost abstract concept, the small-town (filmed in the glorious Eyre Peninsula) granted an almost liminal quality as Jake and Kelly wander from the local pub to backyard parties to their living room where they play endless hours of videogames. But for the young couple, the question becomes how sustainable this life that seems to exist beyond time itself can be sustained, and if this is a place where any alternatives are even possible.

Carefully constructed shots are contrasted with broader a cinema vérité sensibility in Dry Winter to create a sense of authenticity that brings Jake and Kelly’s world to life, fleshing it out with lo-fi local color which never succumbs to cliches or stereotypes about life in Australia beyond the cities. This is, in many ways, a wholly pure kind of movie that has at its core the kind of authenticity a more established filmmaker could only dream of attaining in its subtle portrait of the young people killing time when they have nothing better to do, the oft-fetishized Australian drought-marked landscape defamiliarized in a way that makes it the perfect metaphor for rethinking the lives of people beyond Australia’s urban borders.