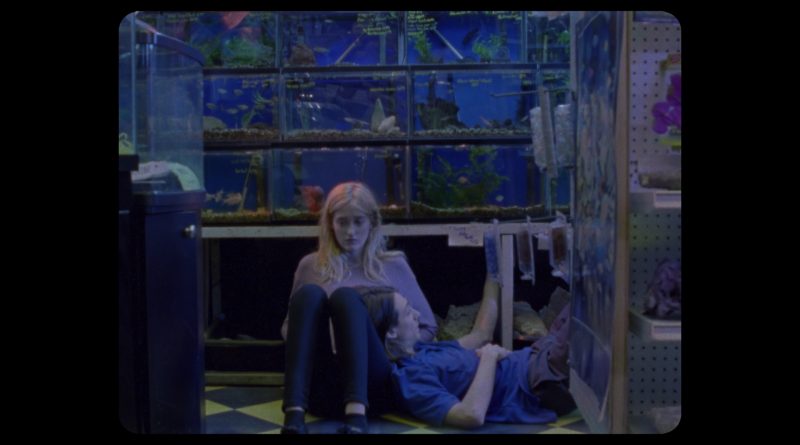 With its recent world premiere at Montreal’s Fantasia International Film Festival, Theodore Schaefer’s Giving Birth to a Butterfly is an elegant, strange little beast of a movie with all the heart and weirdness of a true cult treasure. A visually immersive experience as much as a compelling narrative populated by some truly unforgettable characters, it’s lush 16mm photography adds a textural quality that only deepens the sense of intoxication that riddles the film – as a world building exercise, Giving Birth to a Butterfly pulls you in, and refuses to let go.

The film follows a central family and the satellite of characters who cluster around them, all of whom except for the family’s mother Diana (Annie Parisse) and her son’s girlfriend Marlene (Gus Birney) lie in striking contrast with their spectrum of eccentricities in comparison to these two largely grounded, authentic women. Marlene is pregnant, and the father is not her current boyfriend’s which – at first – makes Diana somewhat hesitant, despite her unbearable husband’s unhesitating welcoming of Marlene to their family. But when Diana realizes she is the victim of identity theft and has lost the family’s primary income stream, she has no one else she can trust other than Diana, whom she begs to take her to the address of the company who have conned her.

As their unconventional road trip begins, the film focuses largely on the bond that develops between these two women, but on the way, we meet others – Marlene’s charismatic mother who lives with severe mental health issues, some fish named after characters from The Simpsons, and two of the most captivating identical twins ever put to film. To explain more would give away the film’s many, many secrets, and here the joy is very much in the act of discovery.

With a surrealist heart reminiscent of Jennifer Reeder’s recent Knives and Skin, Schaefer turns from the teen-movie crime thriller terrain to what on its surface at least is more of a family melodrama. But this is really just the generic scaffolding upon which this curious, entrancing film builds its universe of strange characters and beautiful encounters. Women lie at the heart of the film with men hovering around its edges, and as the relationship between Marlene and Diana strengthens, that becomes even more important in terms of the film’s broader gender politics. But this is no ham-fisted, didactic ideological exercise in lesson-giving; rather, Giving Birth to a Butterfly is a poem, a love song, a cry to be heard and a breaking free, all in one.