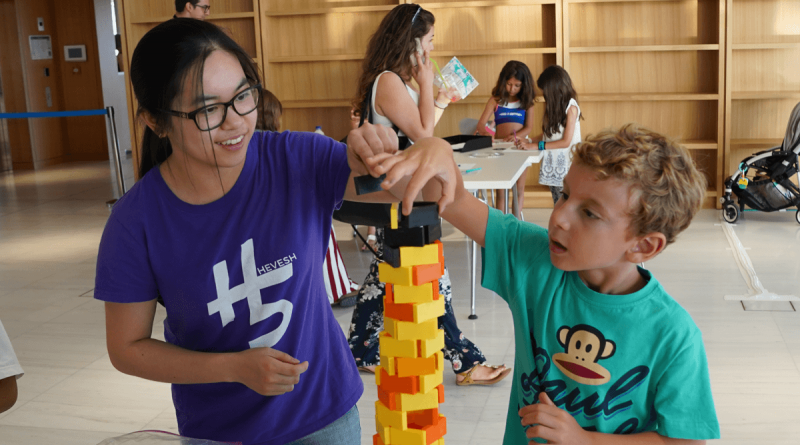 Let’s just say that it is nearly impossible to not fall head over heels for the documentary Lily Topples the World. Its subject, 20-year-old Lily Hevesh, went from being a shy adoptee from China to becoming the Michelangelo of domino topplers via her YouTube videos that she started posting when she was just nine years old. Known as Hevesh5, she became lone female in an elite community of professional domino artists online and the most acclaimed with one billion digital views.

The relatable and charming 20-year-old Lily, who grew up in an all-white community in New Hampshire, also represents the Gen-Z generation who can build careers for themselves based on their passions. She initially attended the Rensselaer Polytechnic Institute in Troy, New York. But the best part of attending the school was being able to make friends with her fellow female students.

But when celebrities such as Hugh Jackman started sharing her videos online, she realized that she could build a career for herself without getting a college degree. As I was watching scenes of her working her intricate designs, I realized I had seen her work before in the 2016 yuletide stinker Collateral Beauty. Sure enough, the film’s star Will Smith, who plays a grieving parent who pours his emotions into elaborate domino art, shows up on screen touting Lily’s prowess. Let’s just say her contributions pretty much were the best part of the film. She also is highly skilled with photographing and editing her work.

Unlike many docs about creative people, this is one has you holding your breath each time the first tile is pushed over and the click, click, clicking begins. The designs become kinetic paintings — I especially enjoyed one that featured characters from the animated films The Incredibles and Monster Inc. Lily is also keen on recruiting others to join the domino community at events and patiently help others to learn her craft. It is also nice to see the male domino pros join her at many events as her assistants.

From doing a video for the Washington State Lottery to celebrating The Tonight Show host Jimmy Fallon reaching the milestone of 20 million subscribers, her profile continues to grow. She is taken under the wing of high-profile YouTuber Casey Neistat, who provides her a space in New York City to show her work.

But her primary goal is to merchandise her own line of building dominos. It’s not so easy, given that the tiles must have just the right tactile feel, sharp corners and make the right sound as they fall. She was already turned down from one interested party who didn’t think such a product wouldn’t make the cut on toy shelves at stores like Walmart and Target. But does her dream eventually come true? Just watch and see.

One other piece of interest is that Asian actress Kelly Marie Tran, who played Rose Tico in The Last Jedi and The Rise of Skywalker as well as providing the voice of the main character in Raya and the Last Dragon, makes her debut as a film producer.