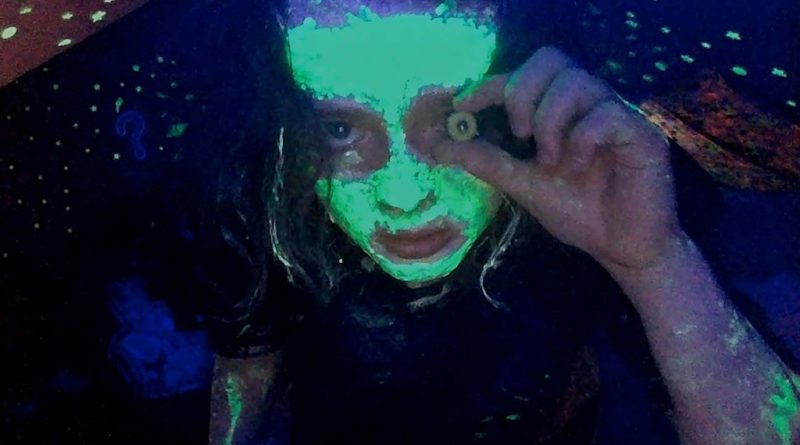 It’s paradoxical that sometimes going into a film completely cold, with no knowledge about it whatsoever, is the best way to experience it. This admittedly renders reviewing it a somewhat redundant task; does that mean I don’t want you to read this review? I am still, frankly, undecided, so I write if only purely for selfish reasons: think of this less as a review, then, than as a simultaneous a recommendation and an informal self-exorcism.

Directed by Jane Schoenbrun, We’re All Going to the World’s Fair premiered earlier in the year at Sundance and is currently playing Montreal’s Fantasia International Film Festival. Hinging emphatically around an extraordinary performance by newcomer Anna Cobb, she plays Casey, a loner teen in Anywhere U.S.A who tackles the current online viral challenge fad, a Bloody Mary-esque social media ‘game’ called We’re All Going to the World’s Fair. Not knowing what to expect, but – based on other videos from fellow game-players – knowing to expect something, the initially meek Casey goes on a journey both emotional, psychological, spiritual and physical that leads her to an unexpected relationship with a fellow online traveler.