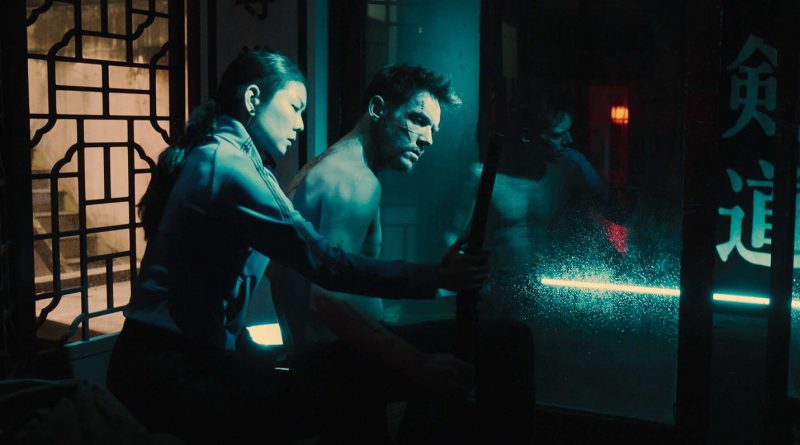 Despite some well-executed action sequences, the hyper-violent Yakuza Princess offers little intrigue to audiences with a tired script and a emotionless performance by Japanese singer-songwriter Masumi in her film debut.

Directed by Vicente Amorim and based on the graphic novel Samurai Shirô by Danilo Beyrouth, Yakuza Princess is set in São Paulo, Brazil, home to the largest Japanese community outside of Japan. Here, Akemi (Masumi), the heiress to half of a Yakuza crime syndicate forges an uneasy alliance with a protector named Shiro (Jonathan Rhys Meyers). An amnesiac, Shiro believes an ancient sword has bound his fate with Akemi who must unleash a war against the half of the crime syndicate that wants her dead. As she spirals further into her past and the violence surrounding her family, she is on a path to discover her mysterious protector may be the man who has been sent to kill her.

Based on the synopsis alone, Yakuza Princess is a journey of self-discovery, reaching an inevitable conclusion that can be seen from the film’s opening moments. Combined with a number of red herrings, the plot details of Akemi’s journey are a little murky and lack the edge to truly make an impact on audiences. Though the hybrid neo-noir/action thriller plot may be predictable, there is little here to warrant the audience’s patience as it stumbles forward with a heroine who fails to draw focus outside of the film’s impressive stuntwork and its villains.

Premiering at the Fantasia, Montreal’s genre and horror festival, there isn’t enough here to catch the attention of genre fans. The plodding interactions between Akemi and Shiro feel stiff while the choreographed battles don’t offer enough variety for those looking for an epic fight on screen. In her feature film acting debut, Masumi seems to struggle with conveying a range of emotion here, often times leading to a flat delivery of dialogue. However, the film does gain some traction in the Japanese conversations between Akemi and the yakuza clan members whose stories seem far more interesting than the one Yakuza Princess is telling.

What the movie lacks in substance, it certainly makes up for in style, belying the film’s indie budget. The cinematography by Gustavo Hadba makes the streets of São Paulo look and feel like a rainy alley lifted right out of Tokyo or Blade Runner. Pulsing with neon lights, the darkly-lit scenes have a hyper-real feel to them and when combined with close-up angles of the characters feels like an homage to its graphic novel roots.

Ultimately, all the violent action scenes and cinematography can’t make up for what feels like a tired origin story.