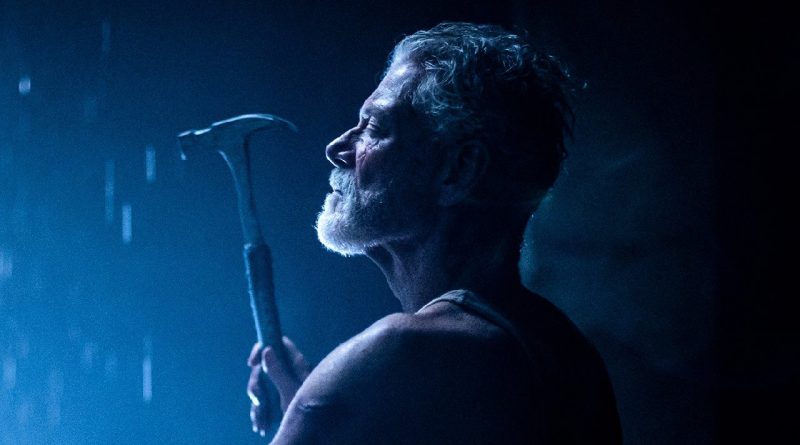 Back in 2016, there was a horrific home invasion slasher/thriller from writer/director Fede Alvarez (Evil Dead), subversively pitting a trio of teenage thugs against an old, blind former Navy SEAL, whose backstory identifies him as a kidnapper/rapist/murderer.

Now there’s a sequel – set eight years later – in which the same blind vet, Norman Nordstrom (Stephen Lang), is raising an 11 year-old daughter, Phoenix (Madelyn Grace). He tells her that her mother died in a house fire and that he only had time to rescue her, which – of course – is not quite the truth.

Living in his isolated cabin, Phoenix begs to go to a real school and play with other kids, but Norman deems that too dangerous. Instead, he continues to home-school her in addition to teaching her strenuous survival skills.

On a rare trip into town, accompanied by her Rottweiler, Phoenix is cornered by a nasty man in a public washroom. That’s cocky Raylan (Brendon Sexton III), who follows her home with his creepy cohorts. When they lure Norman out to look for his missing dog, they go in, looking for Phoenix, who tries to elude them.

Once Norman is aware of what’s actually happening, he tries to protect traumatized Phoenix but they grab the confused girl – and she learns the truth about her past, along with revelations about an organ trafficking ring.

Working again with co-writer and debut director Rodo Sayagues, along with cinematographer Pedro Luque, Alvarez tries to turn this repulsive, reprehensible villain, who admits he’s a “monster,” into an action antihero – and the brutal, hyper-violent redemption simply doesn’t work.

FYI: There’s a post-credits scene in which a dog runs up to the ‘dead’ blind man and licks his hand; his fingers move ever so slightly, implying that he might still be alive.

On the Granger Gauge of 1 to 10, Don’t Breathe 2 is a diabolical 4, truly despicable.