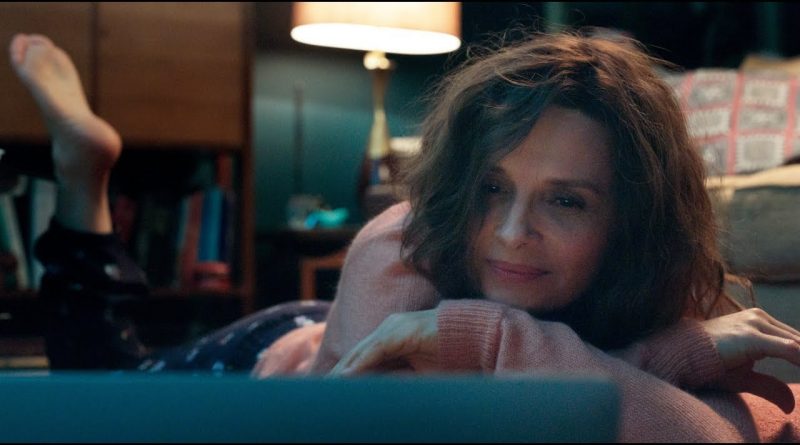 It seems like the Golden Age of big-screen MILFs (aka “Mother I Like to “F-*-*-*”) just might be over now that actress Jennifer Coolidge has just trashed her rep as the epitome of the naughty acronym after she played Stifler’s mother in the American Pie comedy series.

Her latest turn was as a sinfully rich and often clueless resort patron Tanya, who took forever to cast her mother’s ashes aloft on the beach during HBO’s The White Lotus. As for a sex partner, she had to settle for actor Jon Ries (Uncle Rico in Napoleon Dynamite), whose character is prone to scary spasmodic bouts of phlegmy coughing. That said, hers was the stand-out performance in a stellar ensemble.

Then there is the ever-luminescent Juliet Binoche, who deliciously played a single mother of a six-year-old girl who turned a French town upside-down by selling sinfully good candies in 2000’s Chocolat. Skip to 2021, and this still -vibrant cinematic presence is now reduced to being a desperately lonely French lit professor in Who You Think I Am. Her Claire, a divorcee and mother of two school-age boys, is reduced to basically being a convenient booty call for a young man named Ludovic, who has no romantic notions beyond getting laid. Matters grow bad enough that she seeks out psychotherapy with a compassionate female shrink.

But then she connects with Ludovic’s photographer roommate Alex on the phone and develops an unhealthy obsession about him. So much so, she creates a fake Facebook profile while posing to be a 24-year-old fashion intern while reaching out to him. Matters get rather creepy cat-fishing-wise when she purloins photos and videos of her estranged parent-less niece, who just happens to be the current love interest of her ex-spouse. Yes, too many middle-aged women are dismissed by society, by male spouses, by their grown children and by companies who rather hire young eager beavers rather than seasoned professionals. But the need for human intimacy is real, which allows us to dismiss most of Claire’s sins.

There is a certain Hitchcockian vibe a la Vertigo as Claire and Alex become live-in lovers after they finally meet in person, with Claire leaving her avatar persona behind. But unlike the master of suspense who knew how to brew twist and turns with finesse, this overly complicated plot too often goes limp when matters should grow tenser. Director Safy Nebbou and his co-writer Julie Peyr’s best move, of course, was to hire the still-fabulous Binoche. They may try to hide her beauty behind reading glasses and messy hair, but the actress is still as glowing as she was in 1996’s The English Patient and her commitment to this sometimes strained social-media conceit is quite riveting to observe.