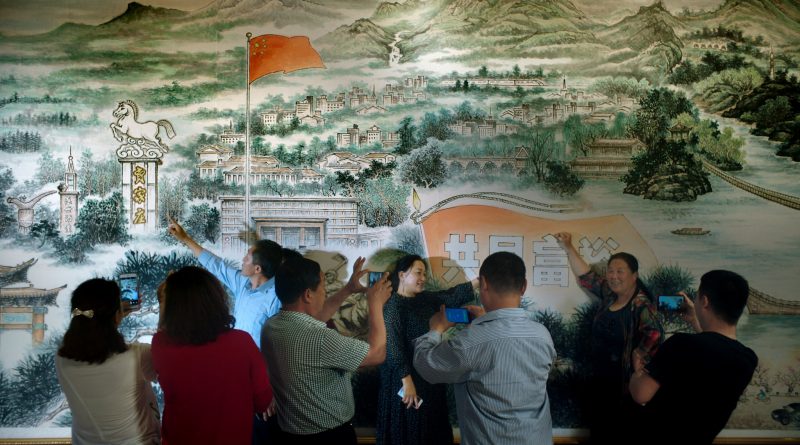 Swimming Out Till the Sea Turns Blue personalizes Chinese history

With the tantalizing title Swimming Out Till the Sea Turns Blue, director Jia Zhang-ke personalizes decades of Chinese history through the recollections of well-known writers and ordinary citizens. Through eighteen chapters, this documentary interweaves brief moments of recited poetry, early and recent film clips, urban and rural snapshots, and professional performances, all anchored in extensive, individual interviews.

Beginning in chapter one Eating with memories of the 1949 Chinese Revolution, the elderly Song Shuxun describes the Jia Family Village transformed through collectivization from an inhospitable wasteland into a productive area. Similarly, a positive perspective characterizes most of the subsequent topics, from love to journeys to harvest, through chapters labeled mother, father, sister, and son. And yet hardships clearly existed, most often overcome through hard work, resilience, and perseverance.

These attributes are clearly illustrated in the second of the two hours of memories. There Jia’s attention focuses on three celebrated novelists associated with the northern province of Shanxi: Jia Pingwa, Yu Hua, and Liang Hong, born in 1952, 1960, and 1973 respectively. Brief comments from authors attending the 2019 Literature Festival add details, with the sum total of these descriptions offering a seventy-year overview of mainland Chinese history through diverse, impeccably described events. They include the impact of the Cultural Revolution, the Chinese – Japanese War, the importance of the Communist Youth League, the Peasants and Workers movement, family dynamics, and more. It’s a heady, informative tour through lived experiences rather than formal historical analysis.

And for that title. Yu Hua says that when he was young and came to the sea, it was yellow though the textbooks said it was blue. He figured, I think I’ll swim right out till the sea turns blue. Within that statement lies a wealth of information about everything recounted here—Yu’s acceptance of the party line and his decision to pursue the truth of it. In Mandarin and the Henan dialect with English subtitles.