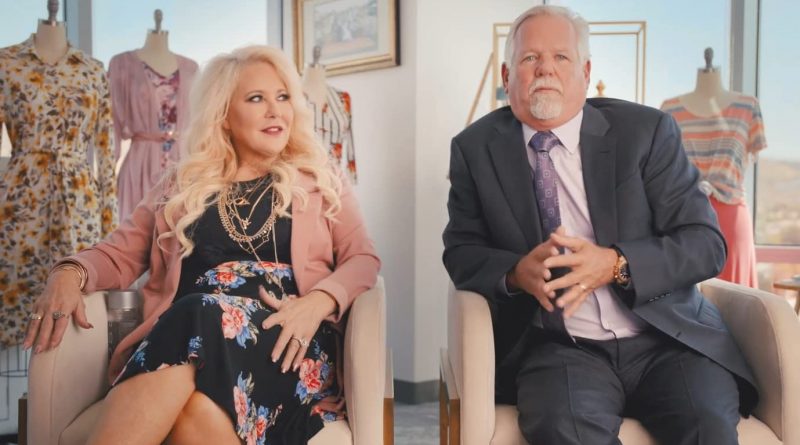 While Americans love a success story, they’re not above taking pleasure in watching the mighty fall. The four-episode Prime Video docu-series LuLaRich provides both scenarios, along with the poignancy of watching little people topple as well.

The title may be confusing for anyone not familiar with the multilevel fashion-retailing company LuLaRoe, which came on the scene in 2013 and quickly reached a point of “catastrophic success” before being flagged as a pyramid scheme and taken to court.

The central figures of the film – and of LuLaRoe – are DeAnne and Mark Stidham, the wife-and-husband founders of the company. The filmmakers capture at least four sides of them: loving and loyal to each other in revealing interview footage; giddy or ruthless in archival footage; and solemn and clueless in video from a deposition. That they are the villains of the piece is not in question; whether their villainy was intentional or a mix of purposeful and accidental is left to the viewer to decide.
Mark was either invited to join or forced his way into (they joke about it) DeAnne’s LuLaRoe concept, the flower of DeAnne’s previous career in P2P fashion retailing. It started with having “fashion consultants” buy inventory that they then sold at a markup – a practice common in multilevel marketing companies.

What was different from most was the cost of the buy-in: $5,000 and more. Would-be consultants ransacked their savings, took out loans, maxed out credit cards, borrowed from relatives and even sold their breast milk to raise the money to buy their initial LuLaRoe stock.

Once accepted as consultants, they held popup parties at their own homes or at the homes of customers, and soon on Facebook Live videos. The results were overwhelming.

The company’s opportunity appealed to mostly white, college-educated, stay-at-home moms who wanted to prioritize rearing their children but also wanted to add to the family’s bank account. The clothing – brightly patterned tops, skirts, dresses and particularly leggings – appealed to the demographic that grew up on “Saved By the Bell” and ’90s boy bands.

Savvy consultants realized that the real money was found in adding team members, which brought them generous bonus checks. That’s where the “pyramid scheme” criticism came in – the money flowed upward, and the consultants at the bottom of the pyramid were denied the riches the Stidhams had promised.
Current LuLaRoe retailers and former consultants and employees talk about their experiences in the business – the good and the bad. The dark side of LuLaRoe comes out – shipments of rain-ruined and poor-quality goods that weren’t able to be returned, pressure to meet the “image” of LuLaRoe, and the not-so-subtle racist composition of the organization; it doesn’t paint a pretty picture.

It’s notable that Mark Stidham says that when they met, he and DeAnne “were” both members of the Church of Jesus Christ of Latter-day Saints. There is no confirmation that they are both still Mormons, but their practice of shunning both family and former colleagues is strikingly similar to the church’s policy of excommunicating “traitors.” And they definitely have their own tribe in their combined offspring.

One former retailer recalls Mark reading from the Book of Mormon at an event, and wondering if she was in a cult. Certainly the fervor of shown gatherings has a cult-like energy. And some might wonder if there could be any other reason women might consider LuLaRoe products attractive.

LuLaRich at first seems like an odd choice from the filmmakers who brought us Time: The Kalief Browder Story (2017), Rest in Power: The Trayvon Martin Story (2018) and The Pharmacist (2020), a documentary about the opioid epidemic. The new series is bright, often humorous and full of whimsical music that underscores the absurdity of scenes. But even though Julia Willoughby Nason and Jenner Furst describe LuLaRich as a “true-comedy,” it’s also an indictment of avarice and the predators eager to exploit women who are disadvantaged in the workplace.

DeAnne’s ditzy fake-blonde routine masks a number of less appealing attributes, and the company’s so-called empowering philosophy rings hollow. Several times, a viewer might feel the urge to reach through the screen and slap DeAnne and/or Mark.

But the filmmakers respect the consultants, and they usually come off as sympathetic, even when they’re searching for unicorns. This is a cautionary tale that reveals the dark side of glitter.

Betsy Pickle is a freelance film critic and journalist. She was the film critic at the Knoxville News Sentinel from May 1985 to November 2008. A Knoxville native, she graduated from the University of Tennessee with a B.S. in communications. In 1992, Betsy co-founded the Southeastern Film Critics Association, a group that has grown to more than 40 members in nine states. She served as SEFCA's president 2001-2004. She is a past member of the advisory council of the Tennessee Film, Entertainment and Music Commission and has served as a judge at the Nashville Film Festival, the Asheville Film Festival and the late and lamented Valleyfest Film Festival. Her reviews and features have appeared in newspapers from Atlanta to Anchorage and Stuart, Fla., to Sacramento, Calif.