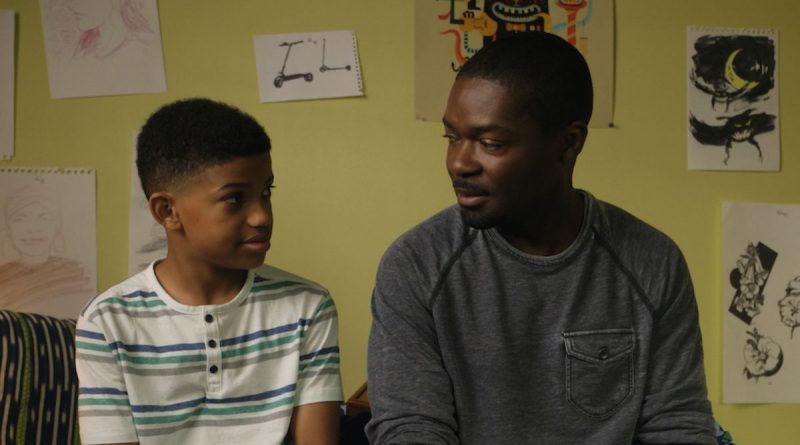 When actor-turned-director David Oyelowo (Selma) was growing up, he missed the sense of magic and wonder that he yearned to experience on-screen and was acutely aware of the lack of mid-budget family films featuring performers of color.

Set in the Pacific Northwest, this story revolves around inquisitive 11 year-old Gunnar Boone (Lonnie Chavis from The Is Us), whose mother (Rosario Dawson) is dying of leukemia and military father (Oyelowo), recently returned from Japan, just moved the family to the small logging town of Pine Mills.

After an eccentric mortician (Alfred Molina) tells Gunnar about a local legend known as the Water Man, dream-haunted Gunnar, who is working on a graphic novel, is determined to track down the mythical figure.

Apparently, the Water Man was a miner who drowned with his wife in a flood. After a mysterious piece of ore miraculously brought him back to life, the nether-worldly Water Man has spent decades searching for his wife’s body so that he can resurrect her.

Toting his dad’s souvenir samurai sword, Gunnar is joined by Jo (Amiah Miller), a homeless teenager who claims to have seen the Water Man on the edge of a nearby forest and can lead Gunnar to him.

But they’re unaware that there’s a raging a wildfire headed toward them, a very real threat that engages the participation of the local sheriff (Maria Bello).

Scripted by Emily A. Needell and produced by Oprah Winfrey, the mystical escapism marks Oyelowo’s directing debut, filming in rural Oregon and incorporating a surprise stampede of wild horses and a waterfall of beetles.

“What’s amazing about streaming is that there’s hard data,” Oyelowo notes. “Netflix can tell you when someone stopped watching and who stayed to the end. We’ve been amazed at its global popularity, reaching Top 10 lists in the Philippines, Romania, Colombia, Spain, Kenya, Nigeria, Portugal, Poland, Malaysia, France, Israel, Kuwait, Thailand, South Africa, Ecuador and Panama.”

On the Granger Gauge of 1 to 10, The Water Man is a subtle, sensitive, supernatural 6, a family-friendly fantasy/adventure streaming on Netflix