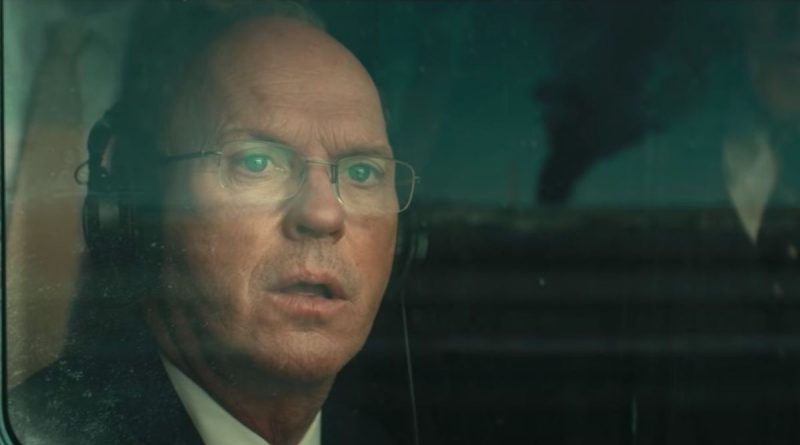 What is a human life worth?

That’s something lawyer Ken Feinberg has spent his career figuring out, compensating the victims of such disparate events as the Boston Marathon bombing, Sandy Hook shootings, GM ignition switch recalls and sexual abuse claims against the Archdiocese of New York.

Feinberg was Special Master of the September 11th Victim Compensation Fund. His job was to put a dollar value to every 9/11 victim to determine how much money each family would receive; it was a complex, unpleasant job that saw Feinberg work three years pro bono.

Worth is a fictionalized account of Feinberg’s experiences with the 9/11 compensation fund. The film was directed by Sara Colangelo and written by Max Borenstein; Michael Keaton stars as Feinberg, with Amy Ryan as mediation expert Camille Biros and Stanley Tucci as Charles Wolf, a widower who opposes the fund and starts off as a harsh critic of Feinberg’s efforts.

Worth shows Feinberg’s intentions — to be of service and stick to the letter of the law in doling out government money — as well-meaning, but misguided.

His formula is all about numbers: how much would each of the dead have earned over the course of a lifetime?

Inequities are obvious and immediate. What makes a financial analyst worth millions while a cleaner at Windows On The World is valued at far less? Is our only value in our earning power?

The film suggests that until Feinberg really looks at the human loss involved, he can’t communicate with the people he’s supposed to be helping. He can’t reach the goal of getting 80% of families to agree to the terms of the fund.

Only when he begins to become acquainted with the actual stories of lost spouses and children and parents do things begin to take shape.

A variety of grieving people tell snippets of their personal story in Worth. A powerful emotional connection is achieved, happily with no forays into the maudlin.

There are subplots about a firefighter’s widow (Laura Benanti) and a gay man (Andy Schneeflock) whose relationship is not recognized in the state of Virginia, and there are fleeting glimpses at other lives, each surprisingly moving.

A man struggling to connect is the ideal backdrop for character study.

Worth is over-long and sometimes meandering, but the powerful subject matter and performances are the draw here.

The 20th anniversary of 9/11 draws near, of course, although that’s not what Worth appears to be about.

So what is the film about?

Just a wild guess, but is one lawyer’s epiphany really what we’re looking at here? The storytelling is oddly subversive.

Take the victims’ fund, for example. It’s essentially dishonest, a pre-emptive move to compensate victims’ families quickly and avoid class action lawsuits that would bankrupt the airlines and maybe eventually tank the U.S. economy. If you take the money and sign off, you don’t get to sue later.

Divvying up the pie puts Feinberg in contact with people from every social strata. Some have status. Some have none. He has to figure out how to compensate the illegal immigrants who were working that day in the Twin Towers; he has to figure out what to do with the very rich, who are incensed to learn life insurance payouts might be subtracted from their take.

Haves on one side. Have nots on the other.

There are moments in Worth when Feinberg seems surprised and uncomfortable to notice the inequities that exist all around him. Nothing really gets solved in the film, which is probably the best thing about it. And the most confounding.

Nothing has changed. Maybe that’s the point.