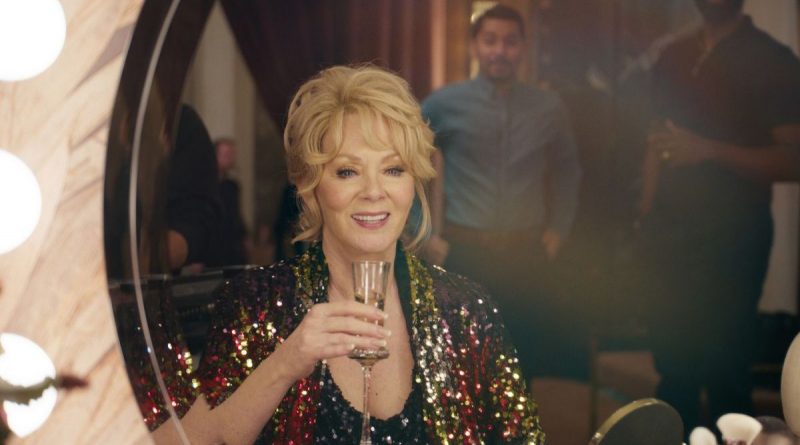 While Ted Lasso seems like a shoo-in, along with Jason Sudeikis, veteran actress Jean Smart might well walk off with the Lead Actress Comedy Award for Hacks at next Sunday’s Emmy Awards.

Smart plays Deborah Vance, a legendary stand-up comedienne who is struggling to retain her Las Vegas residency. Much to her dismay, the casino CEO (Christopher McDonald) tells her that she has to work with Ava Daniels (Hannah Einbinder), a 25 year-old Los Angeles TV comedy writer with a very different approach to crafting humor.

The half-hour series begins with Ava’s initial resistance to working for volatile Deborah – it’s classic ‘zoomer vs. boomer.’ The plot then proceeds through her arrival at Deborah’s extravagant French chateau to embark on an assignment to view and organize the Vance archives, during which she develops respect for the courage and sacrifice that propelled her boss to the top of her game.

While the ferocious character of Deborah Vance evokes memories of Joan Rivers and Phyllis Diller. Smart notes: “I wanted her to be a unique creation. I would never try to do an impression of anybody. It’s got to be something that sort of comes from me. Otherwise, I don’t think it would ring true.”

On the Granger Gauge, Hacks is an engaging 8, streaming on HBO Max.