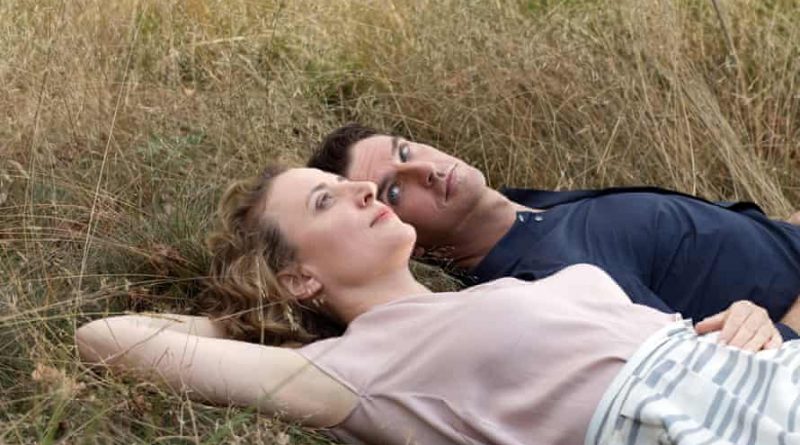 I’m Your Man manages to be both feminist and romantic at the same time. Writer-director Maria Shrader has given audiences a think piece about love, trauma, loneliness, and the role of technology. The choice to make Alma a fiercely independent scientist specializing in anthropology is incredibly clever. She studies ancient cuneiform in an attempt to prove the early use of poetry and metaphor. Juxtaposed we have Tom a humanoid supercomputer programmed to be Alma’s ideal mate. For three weeks, Alma must report on Tom’s effectiveness. Is her scientific, skeptical mind standing between her and true love?

Maren Eggert brings a relatable hesitation, keeping Tom at arm’s length for more complex reasons than we’re privy to. Her vulnerability, combined with Alma’s inherently obstinate nature, makes for a captivating performance. Dan Stevens is a dream. In the US, we often take for granted the ability to be fluent in a second language. Few actors transcend those cinematic barriers. Those like Juliet Binoche, Viggo Mortensen, and Penelope Cruz are a rare breed with the ability to appear seamlessly in dual language films. Since leaving Downton Abbey, Stevens has made himself a household name in both television and film. I’m Your Man is yet another opportunity for his worldwide fame to grow. He is endlessly charming. Just as you begin to forget he’s playing a robot, he reminds you with the slightest of idiosyncrasies. It’s the specificity that makes this an out-of-this-world performance.

The script asks us to challenge the traditional romantic relationship. When you step back, it’s quite socially relevant. With the ever-evolving, gender nonconforming dynamics in today’s world, I’m Your Man takes an angle that may serve as more approachable for many viewers. This story might be a gateway for greater acceptance. Anything is possible. What I do know for sure is that this sci-fi dramedy is completely enchanting. It put a permanent smile on my face from the very moment it began. It’s undeniably swoon-worthy. Love is irrational, no matter how you look at it. I’m Your Man speaks this idea most candidly. It’s not any more implausible than love itself.