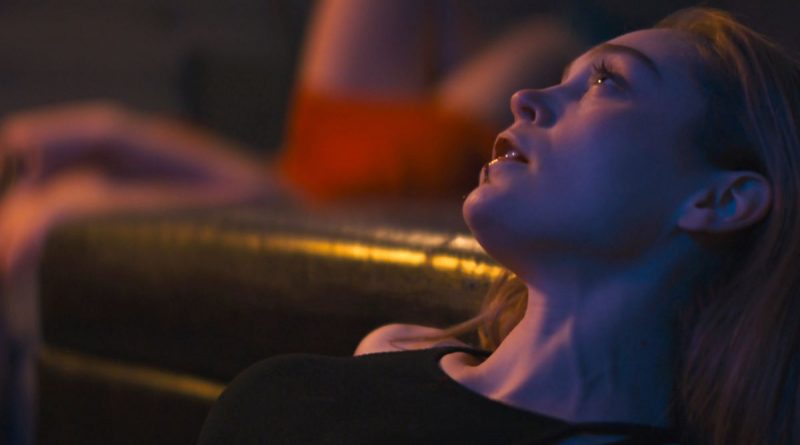 Breathing new life into the vampire tale, Canadian filmmaker Blaine Thurier’s fourth feature Kicking Blood continues to bring his cinematic energy to the fore just as he did as a musician in his long-running role as the synth player for Canadian indie band The New Pornographers. That band’s same indie spirit manifests inescapably in Kicking Blood especially, most obvious – perhaps unsurprisingly – through the film’s canny use of its soundtrack to create tone and mood, but also down to a more molecular level particularly in regard to its defining spirit of doing a lot with a little. This is no big budget Hollywood movie by any stretch, but should make most blush with its slick polish and smooth edges.

Now playing the 2021 Toronto International Film Festival in the Contemporary World Cinema stream, Kicking Blood follows Anna (Alanna Bale), whose sexy life as immortal has distinctly lost its shine. There’s no real thrill of the chase when it comes to hunting victims – here, feeding is more for the buzz, an addiction rather than a hunger per se – and she is mildly disgusted by her fellow vampires and their laziness. She likes her job in a library, because stealing and living off her victims is, as she puts it, undignified. When she crosses paths with desperate alcoholic Robbie (Luke Bilyk), combined with the painful, fatal illness of her human friend Bernice (Rosemary Dunsmore), Anna’s sense of existential angst is exacerbated only further, and her loyalties and very sense of being are challenged on a fundamental, even philosophical level.

While there’s certainly elements here of previous cult bloodsucker films such as Abel Ferrara’s The Addiction (1995), Kicking Blood is very much its own beast, a not altogether easy thing to do in the much-trampled terrain of the vampire movie. With its breathtaking cinematography and effectively low-key performances, Kicking Blood is marked a unique spirit of slick delirium, where desire and ennui make strange yet effective bedfellows. For all its focus on supernatural beings, Kicking Blood is fundamentally a tale of humanity and the different shapes frailty and vulnerability can take.