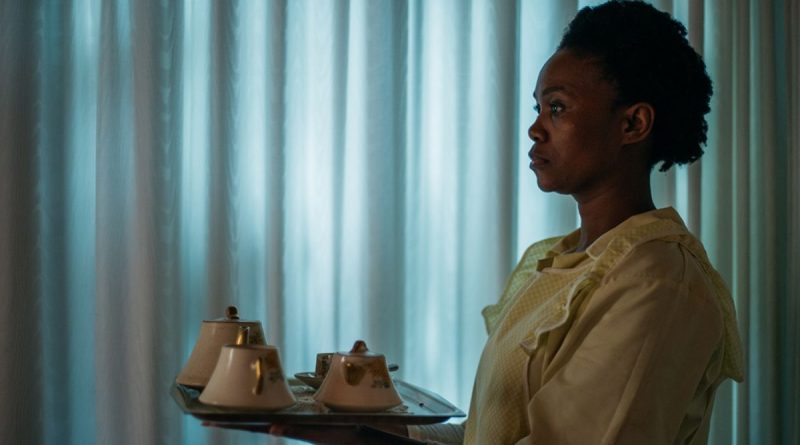 South African filmmaker Jenna Cato Bass is no stranger to genre, yet her loose approach to the concept forbids the simplistic label “genre filmmaker”. Following on from her powerhouse feminist road movie/western Flatland that played the Toronto International Film Festival in 2019, she returns this year to the Festival with her distinctly Bassian encounter with the horror genre in Mlungu Wam (which, while translating literally as “My White Person”, has been released under the English language title “Good Madam”). While her 2017 feature High Fantasy took her into the terrain of the body-swap comedy (shot on an iPhone, no less), for many, Bass remains most notable for her role as co-writer on Wanun Kahiu’s 2018 festival smash, Rafiki.

Continuing to display her agility across multiple genres, the strength and singularity of her vision and signature fascinations remains core to Bass’s work. Mlungu Wam further establishes her as not just one of the most exciting filmmakers working in South Africa today, but reveals this is a director who shows no signs of letting up; she is just going from strength to strength with each addition to her growing, impressive filmography. A horror film about the way the legacy of apartheid continues to be internalized on a personal and professional level in contemporary South Africa, Mlungu Wam follows single mother Tsidi (Chumisa Cosa) who, after the death of her beloved grandmother, is forced to move with her daughter Winnie (Kamvalethu Jonas Raziya) into the house of a rich white woman Diane (Jennifer Boraine) where Tsidi grew up, and where her mother Mavis (Nosipho Mtebe) still works as a housekeeper. Diane is bedridden and dying, and although Mavis herself is around the same age and in poor health herself, Tsidi is horrified to see her mother devoting herself completely to Diane’s service, running to cater to Diane’s every need when the largely hidden owner of the home rings her little bell to demand Mavis’s attention. Long estranged until their tense reunion, Tsidi struggles to accept that her mother’s behavior is even possible in supposedly post-apartheid Cape Town. But as she digs around the strange house, she learns of the supernatural bonds that keep have kept her mother – and others before her – tethered to their white “Madams”.

From the first few moments of the film, Mlungu Wam thrives on the beat of human labor, the rhythmic back and forth of things being scrubbed, washed, cooked, dusted, cleaned and mopped, implying that this hard, physical, and never-ending work is the central focus of life for women like Mavis. There are also strict rules that Tsidi must enforce upon her daughter; no running, no touching the fridge without permission, not venturing out to the swimming pool alone, and – most of all – never, ever enter the Madam’s room. Winnie is young but no fool; they are to pretend that they are not there, that they are invisible, and that they do not exist. While Tsidi’s brother stayed in the house with his mother when they were younger and was raised as one of Diane’s own children, we get a glimpse here why Tsidi may have left; unprepared to surrender her Black identity, she opted to live with her granny instead.

Diane’s house is a world of genteel white propriety, highlighted by the constant close-ups of delicate vintage china that sits in direct opposition to the rumbling sense of dread that lies ambiguously in the belly of this film. Like the dainty teacups and saucers, Diane’s is a fragile heritage, a legacy Mavis is fiercely devoted to protecting. Along with Get Out, Mlungu Wam is a masterclass in how horror can speak to race and inequality, set in a world of servitude presented as a terrifying, powerful and unrelentingly enduring mode of postcolonial possession – both literally and metaphorically – whose presence can be felt long after the official era of apartheid has supposedly ended.