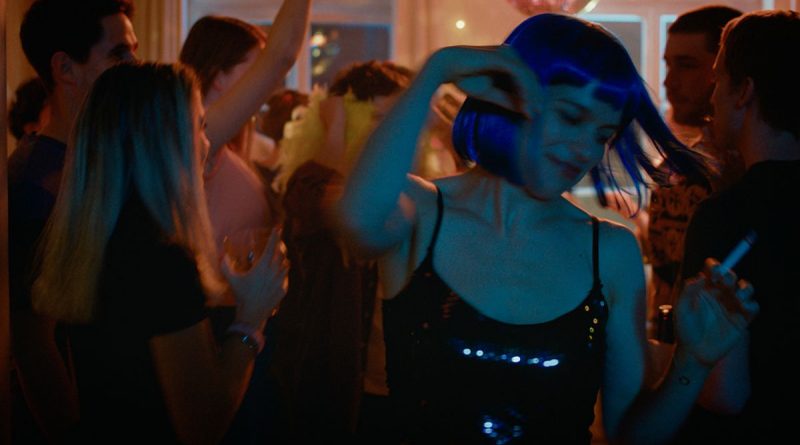 Directed by Swiss brothers Ramon and Silvian Zürcher, The Girl and the Spider is the long-awaited follow-up to their 2013 feature The Strange Little Cat, again where animal-centric titles frame stories about human interpersonal connections (and the failures thereof). The film follows Mara (Henriette Confurius), who is helping her housemate – who might, in fact, perhaps something more – Lisa (Liliane Amuat) move into her new apartment. With as much time spent in Lisa’s new home as friends and family commune to help put the finishing touches on the space as she spends in her own place, when it comes to Lisa’s new life, Mara’s presence feels at best superfluous and, at times, is outright uncomfortable.

Mara is both simultaneously present and absent as Lisa adapts to her new apartment. She is an observer who is watching someone else’s life come together as her life at the same time becomes distinctly, well, Lisa-less. The film is riddled with largely unexplained interpersonal tensions (Lisa’s mother in particular seems openly displeased with Mara’s presence, sensing perhaps that their relationship has possibly – probably – been more than plutonic). Mara is an outsider; she witnesses action without being a part of it, despite the impact it has on her own life.

Making its North American premiere at the 2021 Toronto International Film Festival as part of the Wavelengths stream after winning its directors the Best Director gong at the Berlinale earlier this year, The Girl and the Spider is a film about how people wander in and out of our lives, a physical dynamic that keeps the film’s otherwise simple focus active and kinetic. Dogs and kids keep things moving underfoot as neighbours come and go, but of course the spider of the film’s title is – like Mara herself – both an insider and an outsider, a part of the action but also separate to it. Amongst this ensemble of characters, small dramas play out on the periphery of Mara’s own world (including the intriguing tale of the local cat-napper), and these tangential stories are brought to life through amazing photography and surprisingly striking visual imagery considering the low-key nature of the narrative itself (a naked woman in a motorcycle helmet, an old woman dancing on a rooftop during a violent thunderstorm).

The Girl and the Spider is carried by an ambient, undefined intensity that works in curious tension with its micro-dramas and unspoken personal dramas that makes it consistently intriguing. Confurius’s performance itself makes the film worth visiting; Mara could be grafted as-is into a much nastier film and be a perfectly comfortable fit, and The Girl and the Spider knowingly plays with these elements of her personality through its carefully chosen iconography – the wine is blood red, the spider’s presence speaks of a world of darkness and bad omens, and there is also the ominous presence of a box cutter. A love story that isn’t, a break-up movie that might be, something about Mara’s emotional distance on one hand and the constant tug-of-war of being stuck amidst constant movement on the other make The Girl and the Spider an intriguing viewing experience.