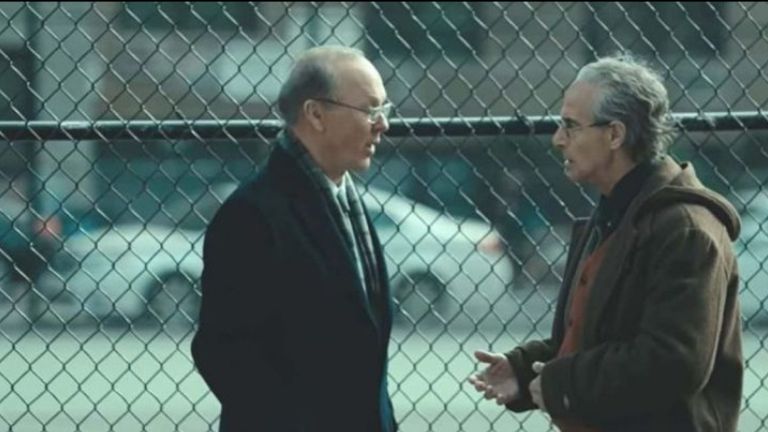 Worth succeeds on so many levels. Backed by the Obamas’ production company, the impressive feature film addresses the massacres that occurred on Sept. 11, 2001. It concentrates on compensating deaths and injuries to more than 3,000 victims, that is, on the work of two men, Ken Feinberg and Charles Wolf.

Feinberg, a practicing lawyer, obtained renown in the field of dispute resolution with cases involving Agent Orange and asbestos. So, he offered to exercise his expertise — pro bono — in assigning a dollar value to the lives lost or injured on 9/11. Through Attorney General John Ashcroft, Feinberg is appointed the Special Master of the U.S. Government’s 9/11 Victim Compensation Fund.

Feinberg applies the formula that’s worked in the past based on current or future income. Bottom line for him is the bottom line: money.

Charles Wolf, whose wife died in the Towers, disagrees: For him, the basis is mercy. He sets out to correct the Feinberg — and the mistakes in his print-outs. In the end, as history has written, Feinberg shifts from by-the-book lawyer to, as he says, “a rabbi and a priest and a nun.”

Sara Colangelo directs the film with considerate pacing and with looser edits around feelings, tighter around legalities. Max Borenstein wrote a script that makes the intricate legalities understandable and the complicated feelings embraceable.

Colangelo extrudes excellent work from the entire cast, especially Michael Keaton. He inhabits Feinberg, challenging himself as an actor to be a nit-picker rather than a Superman. Stanley Tucci serves so very well as Wolf, also a saintly nit-picker. They are amply supported by Amy Ryan (seen more comically in Hulu’s “Murders Only in the Building“), Tate Donovan, Shunori Ramanathan, Talia Balsam, and Laura Benanti. Colangelo includes enough audio and video from the day of the killings but avoids the mawkish, that is, enough to contrast the event of one day with the two hard years dedicated to distributing funds.

Worth is not always easy to watch, but it would be well worth watching twice.