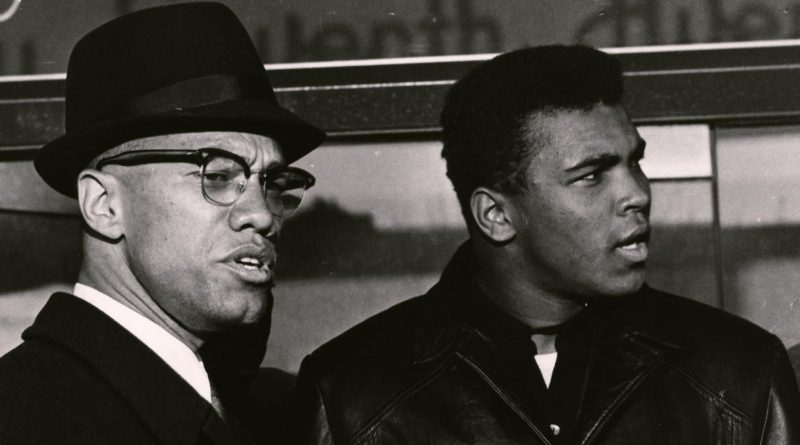 They were friends, these two men, friends and brothers by admiration and affection. But not for long. Director Marcus Clarke bases his fine double-bio-doc of Malcolm X and Muhammad Ali on Johnny Smith and Randy Roberts’ biography, Blood Brothers, and lifts it off the page.

Muhammad Ali (né Cassius Marcellus Clay Jr.) and Malcolm X (born Malcolm Little, died Malcolm Shabazz) were icons in the 20th century, principally in the Sixties. “They changed the way the world saw Black people,” declares Todd Boyd, professor at University of Southern California. With careful editing of interviews, past and present, and of news reels, plus anime, Clarke pursues what forged their link and what broke it.

Ali was born in 1942, a year after another Sixties’ icon, Emmett Till. As an Olympic boxer, Ali won gold in Rome in 1960. He styled himself the Louisville Lip, master of couplets and punches, a Black man who declared his beauty at a time when that was socially unacceptable — and dangerous.

Malcolm, born in 1925, saw the younger Ali as worth evangelizing into the Nation of Islam and, in time, a rising star onto whom he could hitch his own fading star. As a Black Muslim, Malcolm had followed the dictates of Elijah Muhammad. Then he crossed the leader. Ali, by then a committed Black Muslim, refused to follow anyone but Elijah.

Then, at age 39, his philosophy and religion evolving, Malcolm X was assassinated, perhaps by the Nation of Islam and, reportedly, to the relieved glee of the FBI.

Clarke’s film moves seamlessly — admittedly, sometimes confusedly — between the two biographies as the men lace themselves together, then untie. Clarke interviews Ali’s and Malcolm’s daughters, Ali’s loving brother and his garrulous trainer. He interviews Al Sharpton, Marcus Garvey’s son Julius, and
Cornel West, who quotes James Baldwin on Malcolm as the “gentlest and tenderest” of men.

Blood Brothers, a compact filmic lesson in Black history, is shot through with compassion and insight.