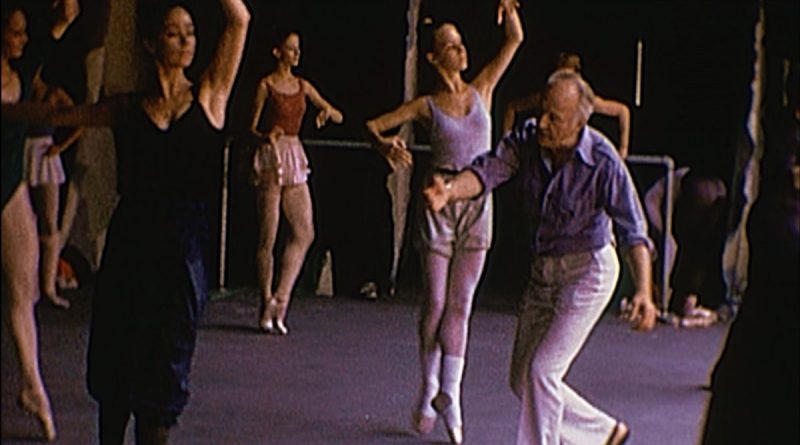 But they can live on, through the work they leave behind — and the people dedicated to continuing the quest.

That’s certainly the case with legendary choreographer George Balanchine, whose life and legacy inspire the documentary In Balanchine’s Classroom.

The world knows Balanchine through more than 400 world-shaking works he created for such companies as Serge Diaghilev’s Ballets Russes and his own New York City Ballet.

Before Balanchine has his own troupe, however, he had his own school: New York City’s School of American Ballet.

Director Connie Hochman trained there as a child before dancing Balanchine works with the Pennsylvania Ballet.

She knew of the choreographer’s bond with his dancers. But those dancers would never share the secrets of Balanchine’s teaching methods when he led daily classes.

That revealing, previously unseen archival footage — accompanied by insights from some of Balanchine’s legendary dancers — conveys his many identities, from taskmaster to mad scientist to father figure.

“I felt like I was a pupil of Einstein,” notes the late, great Jacques d’Amboise (whose big-screen appearances range from Seven Brides for Seven Brothers to the Oscar-winning documentary He Makes Me Feel Like Dancin’).

Dancer Heather Watts likens the classroom atmosphere to “a family with a thousand kids — and everybody’s competing for dad’s attention.”

Throughout, Hochman pairs the recollections with evocative archival footage — not only from the classroom, but from performances of seminal Balanchine works.

The documentary includes some biographical details about the great man — but omits others, from his Broadway and Hollywood forays to his four marriages to four different ballerinas.

But in its fleet 88-minute running time, it also explores some essential truths — about art, about life, about the endless pursuit of both.