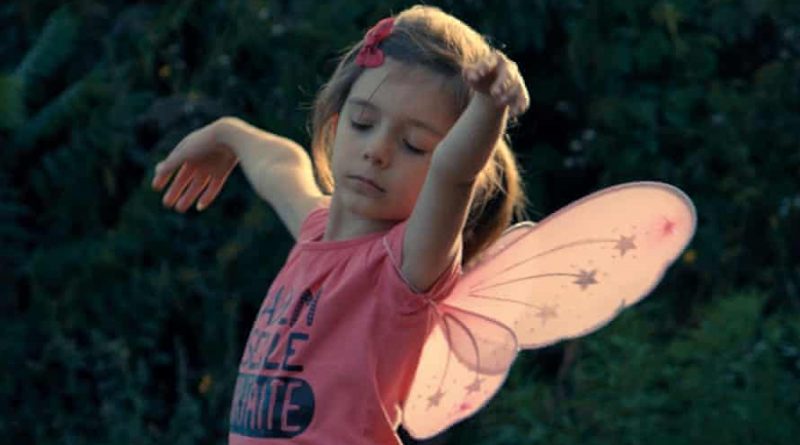 Chances are, if you know a lot of children, you probably know a young child who already strays from the “norm”. With that kid, It’s pretty hard not to root for their acceptance, or their ability to go about life just as they are, yes? Now imagine the cutest, sweetest, most genuine, openhearted child you can think of, struggling because they don’t fit into one of society’s little boxes. That’s Sasha, the subject of the film Little Girl.

The latest from Queer Palm and César winning filmmaker Sébastien Lifshitz, the film is a moving observational documentary that centers on 7 year old Sasha, whose gender identity differs from the gender assigned her at birth. It also shows the family that not only loves her for exactly who she is, but will fight for Sasha’s right to express her identity in all parts of her life. That includes at the school she attends in rural Northeastern France. It is a film in which the director disappears into the task of showing Sasha’s story and her day to day experience, so the viewer feels utterly connected with her and to her struggle and yearning for acceptance.

It was only after Sasha’s mother Karine had done research on gender identity and Sasha, who had consistently knew she was a girl from the time she could speak, continued the feel that way and outside forces refused to let her wear girl’s clothing, that Karine started advocating for her daughter. Once committed, though, she was a lioness. How could she not be? Watching one scene with Sasha trying to hold back tears about being forced to dress as a boy, or wear the only boy’s costume at dance class, or seeing her joy over trying on a girl’s bathing suit or have a girl over to play Barbies is enough for anyone to take up arms for the kid.

If it’s on film, it means there had to be a camera nearby, but somehow Sasha never mugs or plays to it. That’s to Lifshitz’s credit, but also speaks to Sasha’s unique personality. She’s a sweet, thoughtful little girl who happens to have been born into the wrong body. One gets the sense that she’s too exhausted just trying to both hide and be true to herself at the same time. There’s a beautifully lit scene outside between mother and daughter. Sasha starts crying when thinking about having to leave the few friends who accept her and use the proper pronouns. Karine leans down to console her, looks into Sasha’s eyes, and repeats over and over “I’ll do everything I can. I’ll do everything I can.” It’s clear that if there’s a way, Karine will find it.

The rest of the family are similarly committed, and are a force united. Sasha has an older and younger brother, both of whom accept her completely and cheerlead her and Karine in this fight, even knowing that fight means less attention or time with them. The dad, though not in as much footage, is also tenacious about getting Sasha what she needs.

They do get some outside support through the psychiatrist they have to go to Paris to meet. She makes a world of difference in putting the family and Sasha at ease, explaining gender dysphoria. She tells Sasha she’s not alone, and there’s nothing wrong with her. It’s a very moving scene, because you can see the relief on their faces, and you almost feel it with them.

Lifshitz worked unobtrusively by having a very small crew, but the key to the film’s authenticity was being accepted and loved by the family. They knew the director was trying to expose a larger audience to the challenges and realities of a young trans person. As he explained, “the family adopted us from the get-go because they sensed that were like a second protective circle around Sasha.” The film is, as much as possible, shot from Sasha’s point of view, at her eye level, and often close up. That’s the better to see her facing barriers, and witness the process by which she gains confidence and outside affirmation.

If people who are less understanding of trans rights see this film, it has the potential to shift belief and possibly reverse a lot of outdated laws. That would be a gift and blessing to kids finding challenges now, but even more future kids who won’t have to struggle needlessly as they grow. Of course the film is subjective, as it aims to change a lot of hearts, and attempts to do so through experience rather than statistics, but if the definition of great art is that it elicits compassion and understanding, Little Girl qualifies.