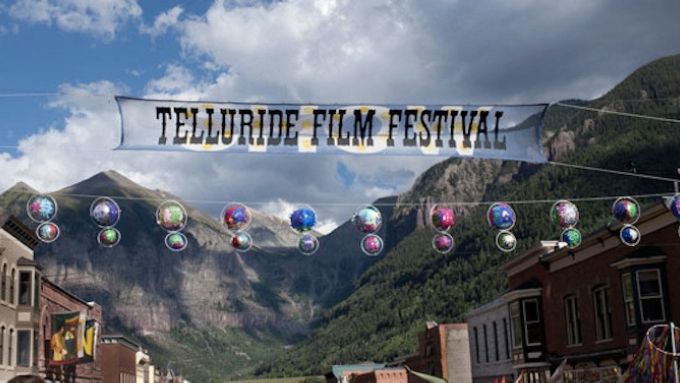 As always, the Telluride Film Festival offered an awe-inspiring, diverse selection of contemporary and historically notable films, too many to see even with the extra day added to the 2021 Labor Day weekend. Of the thirty-eight main selections, the six chosen by guest director Barry Jenkins, the compilation programs of Student Prints, Calling Cards, and Great Expectations programs, I managed sixteen screenings. This list doesn’t include the eleven free films at Telluride’s Wilkinson Library, the two outdoor offerings each night of the festival, and six selections listed as special screening festivities. Yes, it’s a feast that always leaves me, now in my twenty-fifth year of attendance, ecstatic for the medium and frustrated that I can’t see every offering.

Nevertheless, impressed with every film I did see, the festival left me with a positive, joyful feeling for the state of cinema. Because of the cinematic expertise on full display, I offer a brief response for each, while all merit additional attention to come later, for some will open soon to general audiences, those more challenging will appear at future film festivals or art houses.

Among those with opening dates, Wes Anderson’s French Dispatch delivers exactly what Anderson fans expect and desire: a quirky, amusing series of satirical, clever stories, though the film goes on a bit too long. The construct is ingenious: journalists writing in a twentieth century, fictional French city offer up their stories for the newspaper of the title, creating a fanciful world, a release as well as a comment on the equally bizarre one we currently inhabit. In that vein, “Marcus the Shell with Shoes On” addresses the need to accommodate tragedy. Using stop-motion animation and live-action to amuse and confront the loss of Marcus’ family, its decidedly tongue-in-cheek approach yields more than a few profound thoughts on resignation and emotional growth.

Similarly, though with an unexpected tone and style, Joe Wright’s reinterpretation for Cyrano charms and surprises. Presented as part of the tribute to Peter Dinklage, this unusual Cyrano exhibits skill in his romantic writing and swordplay with the characteristic insecurity over any passionate appeal to his beloved Roxane. Fans of the story will be surprised by this lively, inventive version.

Equally appealing, reminiscent of the British Ealing comedies of the 1950s, director Roger Michell’s The Duke recounts the true, largely unknown story of sixty-year-old Kempton Bunton, a multiple-times failed writer, a taxi driver, and a social activist particularly outraged that the elderly and war veterans must pay required BBC TV license fees. In 1961, after an exorbitant sum of public money is used to purchase Goya’s Duke of Wellington portrait for the National Gallery, he concocts a scheme to steal the painting, with a ransom to be used for the public good. As Bunton, Jim Broadbent brings his impish appeal to the proceedings with Helen Mirren a worthy foil as Kempton’s wife.

Taking charge of his own story in The Hand of God, director Paolo Sorrentino dramatizes his experiences growing up in 1980s Naples. Through Fabietto, he captures the animated, loving Schisa family. With homages to Fellini’s style and the Italian love of soccer, as embodied by Maradona, this autobiographical triumph transcends specific events while also honoring them. Alternately erotic and tragic, comical, witty, and heartbreaking, Fabietto’s grapples with his confusion as he wrestles with decisions about his future life, choosing between the pull of cinema and the excitement of criminal behavior. At a Q&A, Sorrentino said that when he turned fifty he decided to switch priorities from aesthetics to emotion, foregrounding the latter. In fact, he achieves a perfect blend of both through Daria D’antonio’s expert cinematography. Sorrentino also described his inspiration for The Hand of God. He compared making this film with going to the dentist, saying, “You put it off and put it off. When you finally go, you suffer but then you emerge liberated.”

Equally autobiographical, writer/director Kenneth Branagh draws on his own turbulent years growing up in 1969 Belfast, the son of Protestant parents. In black-and-white, except for color for the films projected in the local cinema, this spellbinding story watches nine-year-old Buddy grapple with the escalating Protestant-Catholic violence, the decisions his parents (Jamie Dornan and Caitríona Balfe) must make to stay or leave, the progressive illness of his grandfather (Ciarán Hinds), and the direct honesty of his grandmother (Judi Dench). At the post-screening discussion, Branagh spoke of working to increase our level of intimacy through Buddy’s point-of-view. The community in which everyone knows everyone else emerges as both a fragile and resilient one, interpreted in evocative music by another Belfast artist, Van Morrison. Dark moments alternate with tender, loving ones as the unmistakably authentic scenes make the precarious peace achieved years later, in Branagh’s words, truly “a staggering achievement.”

Most films presented less humorous stories, albeit with admirable goals. For example, director Reinaldo Marcus Green’s King Richard chronicles Richard Williams’ determination to coach and to secure top-notch coaching for his daughters Venus and Serena as he follows his plan for them to become the two greatest tennis stars. As a bit of a tennis fanatic, I’ve seen both women play, I’ve seen them play each other, I admire their demands for equal pay for women and men, and their dealing with the racism they encountered. I therefore attended this film with trepidation, fearing it would be too ‘Hollywood’ or inauthentic. I’m delighted to report I was completely won over by Will Smith as Richard and the entire cast.

Pablo Larraín’s Spencer also takes on a famous person, Princess Diana. Wisely, as he said at the Q&A after the film, he limits his focus to one intense weekend and one person during the royal family’s mounting crisis over the Christmas holiday at Sandringham House. A magnetic Kristen Stewart presents Diana as both familiar (her voice and physical behavior astonishingly evocative) and elusive, vulnerable and resourceful. During the discussion of Spencer, Larraín said he hoped to show Diana’s mystery and magnetism, her enigmatic self no matter what we’ve read and know.

Another mother-daughter relationship takes center stage in the curious Petite Maman. Director Céline Sciamma finds eight-year-old Nelly wandering into the woods as her father works to empty the house of the recently deceased grandmother. Nelly’s mother has left, but Nelly may have magically entered her mother’s life when she was Nelly’s age. Quietly, slowly, events unfold that bond and reveal a family’s essence. By contrast, in Encounter, father Malik, dominates and terrifies his two sons after he kidnaps them, certain he’s saving them from aliens. With the convincing psychological and physical interpretation given by Riz Ahmed as Malik, the adventures move the story through hairpin turns and tense encounters.

There’s little hidden by the main character Mikey in writer/director Sean Baker’s Red Rocket as he wheels and deals his way into his wife’s and her mother’s home, lying to manipulate everyone in his orbit. With his motor mouth, this ex-porn star is on the run from unrevealed events in his past and creating new problems with what he assumes is his charm and savvy business knowledge. Simon Rex propels the action even as his world spins out of control.

With even less command over her life, in the Northern Russian region of Ossetia, Ada can not escape the iron will of her oppressive father despite the support of her two brothers and an attentive, would-be boyfriend in Unclenching the Fists. Following her increasingly desperate attempts to flee, Ada relentlessly thrashes about for an escape. Writer/director Kira Kovalenka chose to remain true to the local Ossetian language and shot in Mizur, a former Caucasus mining town, with largely non-professional actors. Her verité style leaves no room for relief in this claustrophobic, traumatic tale.

By contrast, in the contemporary Iranian city Shiraz, Rahim gets a two-day leave from debtor’s prison. Asghar Farhadi’s able direction of A Hero guides the impressive unfolding of a complicated tour of Iranian justice and social media, family and business worlds. In the Q&A, Farhadi said he wanted to interrogate the good versus good conflict as opposed to the good versus evil, a modern tragedy as opposed to the classical ones. Numerous metaphors enrich the breadth of Farhadi’s deep dive into human behavior, with nods to The Bicycle Thieves in its pairing of father and son and in its neo-realistic style. Feeling he has wisely negotiated his debt-induced imprisonment, Rahim will face one complication after another, all delivered with seamless flow and staggering impact.

I’ve saved for last the landmark discovery of this festival. Each year, Telluride chooses one of the treasures from the Pordenone, Italy, Silent Film Festival. This year’s selection, The Apaches of Athens, qualifies as especially exceptional for several reasons. Considered permanently lost, six years ago a Greek researcher at the Cinématèque Française discovered a beautiful nitrate print of this superb, silent Greek film with French titles. Subsequently, the Greek Film Archive restored it under legendary director Costa-Gavras’ supervision. For this his sixth feature, originally released in 1930 and hailed as the first singing/speaking Greek film, director Dimitris Gaziadis adapted a popular 1920 operetta. On the cusp of the transition to sound films, Gaziadis synchronized recorded discs that played simultaneously with the visual images. First-rate musicians composed for the restoration.

Equally remarkable, because no studios existed, Gaziadis shot scenes for The Apaches of Athens on the streets and in refugee neighborhoods, thereby contrasting actual lived-in environments with richly appointed villas and wealthy individuals highlighted in other interactions. The story itself repeatedly contrasts the poor and the rich, with Kostas, the central character also ironically called “Prince,” described as a poor, noble, handsome young man torn between the love of two women, one wealthy and one who works selling flowers. The “Apaches” appellation of the title refers to those good-humored, impoverished, and somewhat mischievous, though never criminal young men. Gaziadis learned his considerable craft working previously as an assistant to G.W. Pabst, Ernst Lubitsch, and Fritz Lang. Because of its rarity in some many respects, I single this film out as one of the gems of the festival.

Every film intelligently, humanely observes the struggles against internal or external forces, revealing the specificity of personal and political pressures, most strikingly relevant today. Sorrentino noted that Fellini said cinema was not good for anything, but it is a distraction. When asked from what, Fellini said, “Reality.” In fact, it also provides extraordinary insights into every aspect of our universal, enduring experiences.