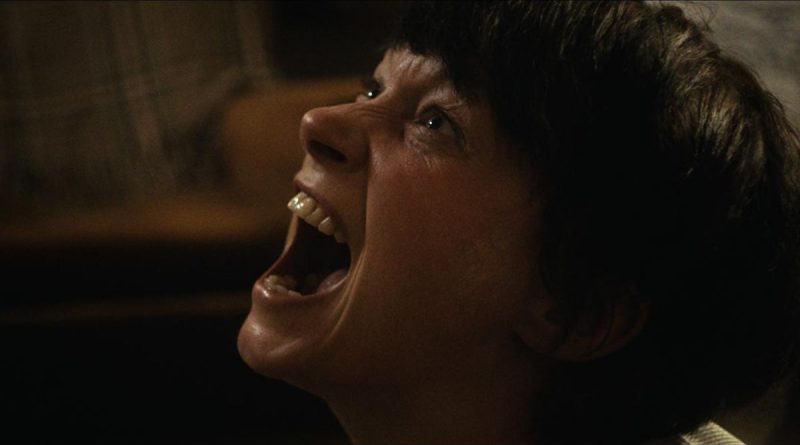 Employing Samhain festivities as the backdrop for what filmmaker Kate Dolan called a “modern retelling of some dark Irish folklore” as she introduced her horror movie You Are Not My Mother at the Toronto International Film Festival, tensions between the past and present – both familial and folkloric – dominate this twisted, effective feature debut. The film follows lonely, isolated Char (Hazel Doupe), who is bullied at school, and struggles at home with her mother Angela (Carolyn Barcken), who lives with debilitating mental health issues that require Char’s Gran (Ingrid Craigie) and Uncle Aaron (Paul Reid) to do the bulk of the heavy lifting when it comes to raising Char and keeping Angela’s home even vaguely functional. After a sudden disappearance, Angela returns just as dramatically, seemingly cured as she becomes an affectionate, present mother. But what looks to Char at first as a blessing is soon revealed as something more sinister as Angela’s too-good-to-be-true transformation is revealed as being too-good-to-be-true. As family secrets are unearthed, Char must navigate the violent worlds of school and home in order to discover the truth about herself.

With convincing performances by Barcken and Doupe as mother and daughter, the former’s representation of depression is rendered notably authentic here, marked as it is by a kind of ambient detachment and lethargy, rather than the more typically overblown cinematic depiction of hand-on-forehead emotionality we see even today still far too often than we should. But as Char, Doupe is something quietly spectacular; playing a deeply troubled young woman with an objectively horrible life on a council estate, something about the young actor’s presence and the way she conveys her insularity recall that of a young Samantha Morton, which is no small feat.

While there are male characters in the film, You Are Not My Mother is dominated by a range of women characters who collectively challenge and reveal the complexities of the “strong female character” cliche. Tensions between binaries such as strength/weakness and good/evil are rendered far more sophisticated and difficult to unknot here in a way that is subtly subversive, disguised as it is as a fun, spooky, popcorn-friendly horror film. While Char herself struggles, she is surrounded by “strong female characters”, but they – in all their guises – are precisely her problem. The film of course doesn’t champion passivity, subservience or victimhood (far from), but what makes You Are Not My Mother such compelling viewing is how it seeks to defamiliarize our moral and ideological expectations surrounding women and the broader concept of strength, challenging us to think in more complex ways about gender and power.