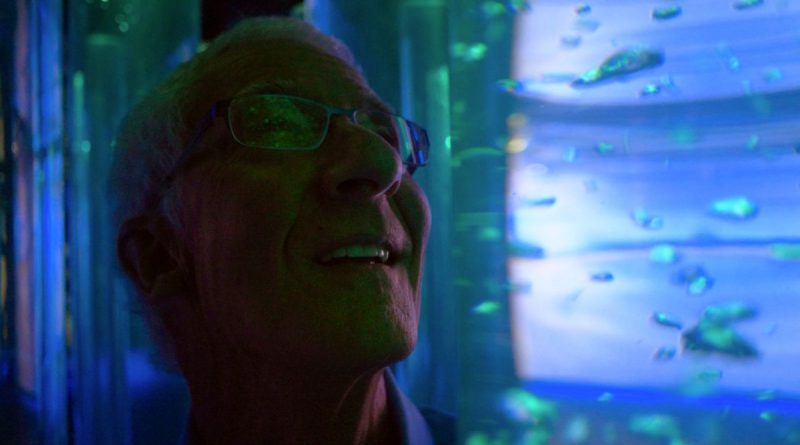 The documentary Aware: Glimpses of Consciousness is a heady experience – dare I say spiritual? – that stirs feelings of awe and wonder, humility and connection. In exploring how six people examine and probe just what consciousness is, the film creates a contemplative openness that words alone might find hard to describe. It’s a remarkable film.

Watching Aware is by no means a substitute for religion, meditation, or other soulful pursuits, but through its collective perspectives, it evokes curiosity as well as comfort about one’s place in the world and in the universe. Writer-directors Frauke Sandig and Eric Black dive into this vast topic by introducing the well-known Indian parable about six blind scholars who encountered an elephant yet thought they’d each discovered something different.

This connects to the film’s six scholars, each delving into this existential idea in different ways. They include a brain scientist, a researcher of psychedelics, a Tibetan monk, a Mayan healer, a philosophy professor, and a marine scientist turned plant behavioralist. Their methods might vary, but they all think that consciousness is the essence of life, an awareness one likens to being part of an endless ocean where no one really dies.

Sandig and Black return to the ocean metaphor throughout Aware, from underwater scenes to medium shots of rolling waves and overhead views of sun glinting on the water, a tiny boat barely visible among flashes of light. Yet the two, who previously teamed up on the 2011 documentary Heart of Sky, Heart of Earth, know how to trust an audience. They’re gentle guides, creating the sense that viewers are along for the journey with this enthusiastic ensemble. Aware knows when to pepper a subject’s musings or music into a sequence and when to let it breathe. Sometimes ambient sound alone – the barest of wind, buzzing insects, chimes, even silence – is enough to emphasize a subject’s point alongside an evocative image such as a stag in the mist, embers drifting from a campfire, or jellyfish bubbling through the sea.

Sandig and Black also wisely don’t start with theories and metaphysics, instead letting Christof Koch, head of the Allen Institute for Brain Science in Seattle, Washington, take the reins at first. He finds magic in the idea that the brain, a tangible, physical object, can feel. One brain section as large as a grain of quinoa has tens of thousands of cells and several kilometers of wiring, he says. But among all these synapses and mechanisms, “What is it about … this piece of gray goo that gives rise to the feeling of love?”

While Koch investigates that through microscopic samples, Matthieu Ricard, a former scientist turned Tibetan Buddhist monk in Nepal, studies this question through meditative reflection. Meanwhile, Roland Griffiths, director of the Johns Hopkins Center on Psychedelic and Consciousness Research, and Richard Boothby, a philosophy professor at Loyola University, discuss it through research into controlled doses of mood-altering drugs. Boothby, who tried psilocybin soon after his son’s suicide, poignantly relates how he felt his son’s loving presence during a “deep-sea dive” of clarity where his “reality fell apart,” changing his perspectives on love and death.

Balancing the magic mushrooms are the thoughtful observations of Josefa Kirvin Kulix, a Mayan healer and therapist in Chiapas, Mexico, and Monica Gagliano, an associate professor of evolutionary ecology at Southern Cross University in Australia. An indigenous woman, Kulix finds plants sacred and notices the essence of energy everywhere, from her garden to the infinite colors and silence of the desert. Gagliano, who works at the university’s Biological Intelligence Lab (a poke at the artificial intelligence of computers), documents several experiments that show the consciousness of plants, such as peas growing toward the sound of water even without water present. (She acknowledges that some people find this a bridge too far, but she’s sincerely made me think about giving better care to the plants on my patio.)

While lively company, these scholars ultimately are persuasive about considering the world and our lives on a deeper level, whatever one’s beliefs. If you see yourself as part of a whole consciousness, not separate from the life around you, Gagliano notes, you’re not alone and can never be – a path to solace during any fractured and challenging time.