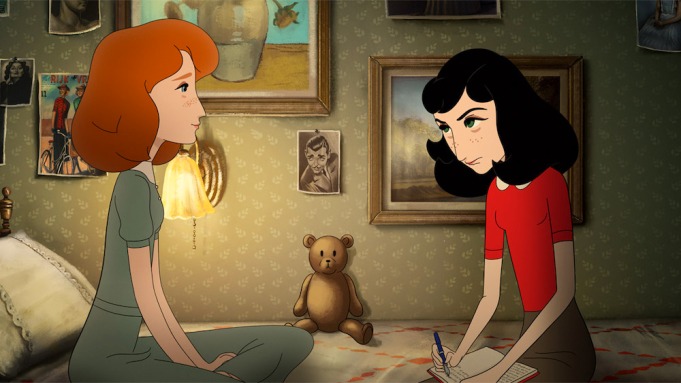 If you ask your child sitting next to you, or any child for that matter, what kind of world they would want to live in, what do you think their answer would be? Children do not understand the meaning of borders because their imagination is so rich it goes beyond it. No child would ever want to harm someone. No child would ever want to wake up one day to be taken to an undisclosed location, from where they will never come back alive. Unfortunately, such days were a reality if you were a Jew and lived in the era of Nazi Germany.

Anne Frank’s diary has been told, filmed, and has many documentaries about it. It seems there is nothing more left to be said until you watch Ari Folman’s Where is Anne Frank. This time, it takes a novel approach and revolves around Anne’s imaginary friend, Kitty, who finds herself in Frank’s house in Amsterdam. Getting a physical form, she steals Anne’s diary and begins the journey of her dearest friend, as she, with deep sadness, learns about Anne’s tragic fate.

Where is Anne Frank is one of the most important animated films of the year. With social commentary on the issues it touches upon, it can melt any frozen heart. With Kitty, we learn that museums, schools, bridges and theaters were named after Anne Frank. The girl does not understand why. As she relives every page written by Anne, Kitty and her friend continue discussing their dreams after leaving the life in Secret Annex behind.

It’s a heart-wrenching story to follow as the film again delineates what Nazis did to the Jews. But more importantly, the film provides some ideas of what kind of a life Anne would like to find herself in. Kitty is a messenger from the past who touches upon issues such as immigration and refugees. Most people do not comprehend the horror of living under flying bombs; when you don’t know if you’re going to live the next minute. This animated film shows that we should have more compassion, empathy and be sympathetic towards those who we believe, for some reason, do not belong here. If you are someone who might have said that once, take a minute and think about it: What does it mean that they (immigrants or refugees) do not belong here? Because the main question is, do we?